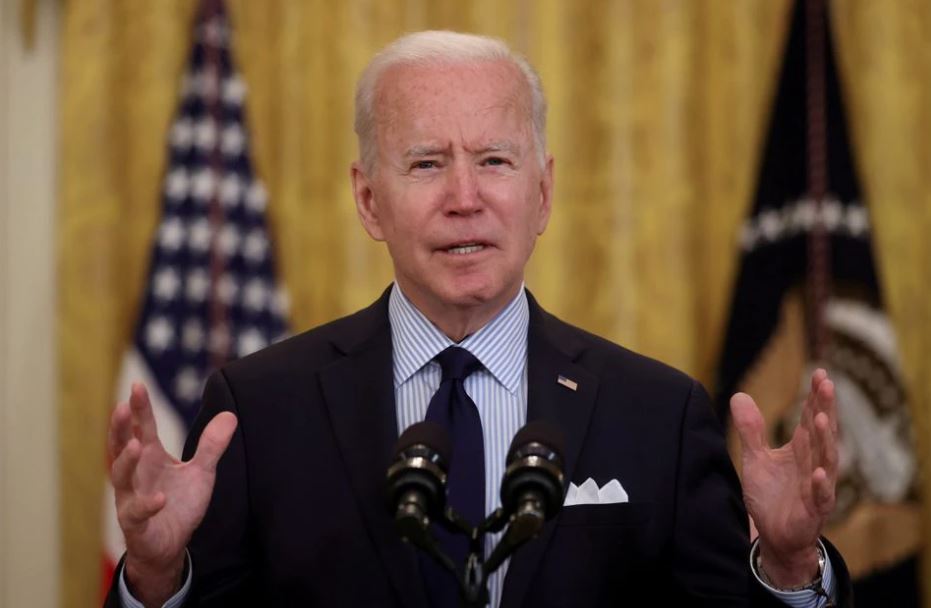 U.S. President Joe Biden delivers remarks on the April jobs report from the East Room of the White House in Washington, U.S., May 7, 2021. REUTERS/Jonathan Ernst

The White House released an order by Biden late Friday revoking several of Trump's executive orders. The White House did not immediately respond to a request for comment.

The Center for Democracy and Technology, which had sued to block Trump's May 2020 order, praised Biden's reversal, arguing Trump's order "was an attempt to use threats of retaliation to coerce social media companies into allowing disinformation and hateful speech to go unchecked."

Trump unsuccessfully demanded the Federal Communications Commission (FCC) set new rules to limit protections for social media firms under the 1996 Communications Decency Act. It shields the companies from liability for content posted by their users and allows them to remove lawful but objectionable posts.

Trump, who made his anger with social media companies a campaign theme, issued his order after Twitter tagged his tweets about unsubstantiated claims of mail-in voter fraud with a warning to readers.

After Trump's posts following the Jan. 6 Capitol attacks, Twitter and Facebook barred Trump from posting on their sites, and the following day FCC Chairman Ajit Pai said he would not act on Trump's request to limit social media liability protections.

Many legal experts and internet companies argued the FCC had no authority to issue regulations under the 1996 law.