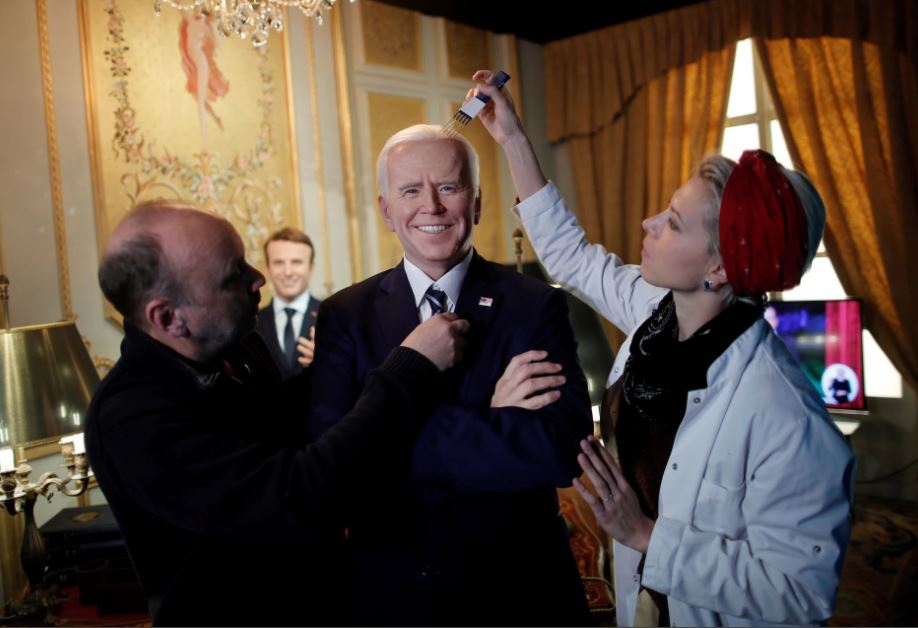 German sculptor Claus Velte and a gallery assistant retouch a waxwork of US President Joe Biden at the Grevin museum, as it prepares to re-open to the public following the easing of coronavirus disease restrictions in Paris, France, May 18, 2021. (Image credit: Reuters)

Closed since late October for the Covid-19 pandemic, the Paris wax museum will reopen on Wednesday with a new guest: US President Joe Biden, posing with his arms crossed and flashing a toothy grin.

A little further down the museum's halls, President Barack Obama's statue still stands, smiling serenely, but that of Donald Trump has been dismantled and put into storage.

The Grevin Wax Museum, opened in 1882, has featured US presidents since James Garfield, but when their term ends, their statue is taken down and the heads and bodies are kept in separate crates in the museum's cellars.

"We have kept Obama, as winner of the Nobel Peace Prize; the others are in storage," Grevin museum spokeswoman Veronique Berecz said.

The museum still has the heads of US presidents including George W Bush, Bill Clinton, George Bush senior, Ronald Regan, Jimmy Carter, Richard Nixon and John F Kennedy, but those of most older presidents have been discarded.

Some celebrities may disappear from the museum and then come back, as is the case with Elvis Presley whose new statue will be displayed from Wednesday.

Among the museum's 250 or so celebrities and historical figures, political leaders are relatively rare.

Former French president Francois Hollande is no longer on display, but his predecessor Nicolas Sarkozy is, because he appears alongside his model and singer-wife Carla Bruni.