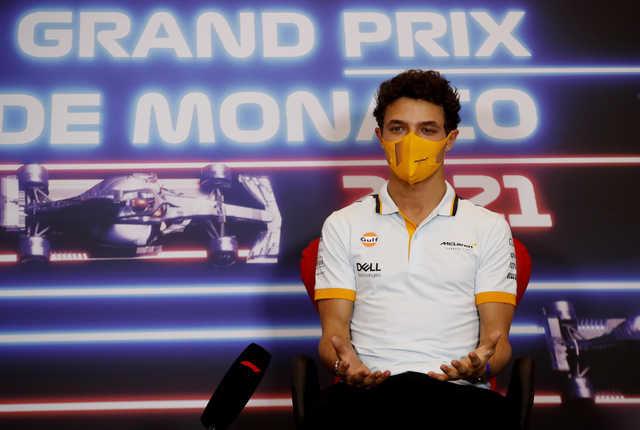 McLaren Racing has announced that it has extended its relationship with the team’s Formula 1 ace Lando Norris in a ‘multi-year agreement’ … with the goal of helping him become world champion, writes Stanley Szecowka.
The British 21-year-old from Somerset has been part of the McLaren family since early 2017, initially joining as Test and Simulator driver, following championship victories in all but one of the single-seater junior formulae he competed in.
“I’m really pleased to have extended my relationship with McLaren from 2022,” said Norris. “My commitment to McLaren is clear … my goal is to win races and become Formula 1 World Champion and I want to do that with this team.
“Since joining in 2017 our progression has been consistent and we have clear ambitions together for the future.
Norris became McLaren Test and Reserve driver in 2018, taking part in a number of free practice sessions, before being promoted to a full-time race seat for the 2019 season.
Since his Formula 1 racing debut at the Australian Grand Prix in 2019, Norris has emerged as one of the sport’s most talented and popular drivers, impressing with performances resulting in two podium finishes at the Austrian Grand Prix in 2020 and, most recently, at the Emilia Romagna Grand Prix earlier this season.
The monetary size of the new contract has not been revealed but his recent race successes would have upped his earnings potential. According to racingnews365.com, learned from sources based within the F1 paddock, before the new deal Norris pocketed $5m.
World champion Lewis Hamilton of Mercedes was top of the pile collecting a cool $30m with Red Bull’s Max Verstappen coming in second with $25m. All the figures excluded driver performance bonuses and personal sponsors.
This announcement cements the McLaren driver line-up for the coming years, confirming Norris alongside 31-year-old Australian Daniel Ricciardo, who began a long-term relationship with the team at the start of the 2021 season.
“We’ve already had some incredible moments together which I’ll never forget – two podiums and securing P3 in the championship – and together with Daniel and the rest of the team I’m looking forward to pushing for even more success in the years to come,” added Norris.
McLaren Racing said the ‘commitment to stability for the future’ represents a further step in the team’s long-term plan to compete at the front of the field.
“I’m delighted with the extension of our agreement with Lando for 2022 and beyond,” said Zak Brown, Chief Executive Officer, McLaren Racing. “He’s been instrumental in our return of form here at McLaren and we’re proud of the growth he’s shown since he first started with us back in 2017.
“Lando is one of the brightest talents on the Formula 1 grid and we look forward to seeing him continue to go from strength-to-strength both on and off track.”
Delighted Andreas Seidl, Team Principal, McLaren F1, described Norris as a ‘formidable competitor on track’.
“Like him, we have strong ambitions for our future together and I’m pleased we’re continuing this journey for both Lando and the team. In Lando and Daniel we have a hugely talented and exciting driver line-up, and this announcement is a strong signal of commitment to the next chapter for McLaren from 2022 onwards,” he added.
Bahrain’s sovereign wealth fund Mumtalakat owns 62.55 per cent of parent company McLaren Group Limited and continues to play a leading role in realising the company’s growth and expansion objectives.
McLaren took third place in the F1 constructors’ championship last season behind the big two of Mercedes and Red Bull and this season remain the best of the rest.
The last time McLaren won the championship was 1998, the year before Norris was born.