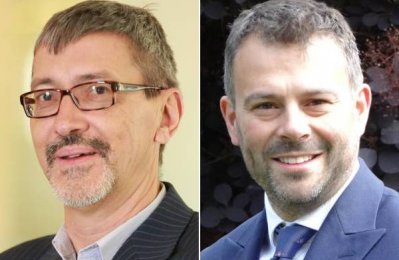 Trevor Ward and Matthew Weihs
African hotel development continued its growth trend in 2020, with 82,000 rooms in 447 hotels in the pipeline at the beginning of 2021.  This is according to the 13th annual survey by W Hospitality Group.
Whilst the Covid-19 outbreak had a profoundly negative impact on Africa’s hotel operations, the impact on deal signing was, surprisingly, much less – there were 71 deals with 10,000 rooms signed since the last study, down “only” 30 per cent on the previous year.
Whilst the continued activity by the chains in expanding their footprint contributed to the increase in the pipeline, another factor was the reduction in the number of hotels opening.  It was anticipated at the beginning of 2020 that 90 hotels with 17,000 rooms would open across Africa during the year, but in the event only about 25 per cent of those opened their doors.  The reasons for that are well known.
W Hospitality Group’s Managing Director, Trevor Ward, said: “The growth of the chains’ presence in Africa has been a very positive story since we started this analysis in 2009.  It is quite clear from the numbers that the chains, the developers, the investors – and all of us at W Hospitality Group! – continue to believe in the opportunities that Africa presents in the hotel and tourism industry, even in the face of the serious impact of Covid-19 on demand."
“We knew that 2020 would see a slowdown in signings, it was just inevitable because so many of the players were locked down, but it wasn’t nearly as bad as we feared.  And although hotel openings in Africa were far fewer than expected – again, pretty inevitable – most of the pipeline is delayed, not cancelled, and we are looking at a record 217 hotels with 32,000 rooms scheduled to open between now and the end of 2022."
This year’s African Hotel Chain Development Pipeline survey has 40 international and regional hotel contributors across the 54 countries in north and sub-Saharan Africa, and in the Indian Ocean islands.  It reveals a 5.3 per cent increase on the 2020 pipeline.
The findings of the 2021 Pipeline report, together with a mid-year podcast update, will be discussed in depth at the Arabian and African Hospitality Investment Conference (AHIC), organised by bench, to be held in person on September 20-22 in Dubai.  This event will bring together the Africa Hotel Investment Forum, the leading hospitality investment conference in Africa, with the Arabian Hospitality Investment Conference, the Saudi Arabia Hospitality Investment Conference and the Global Restaurant Investment Forum.  The event will connect business leaders to serious investors, driving funds into tourism projects, infrastructure and hotel development across the MEA region.
This year’s report reveals that, whilst France-based Accor and the USA’s Marriott annually compete for the number 1 slot in the Pipeline, this year it’s the Europeans that win (Accor - 89 hotels, 19,241 room), with Marriott (94 hotels, 18,723 rooms) a close second, a reverse of last year’s result.  Whilst Accor has slightly fewer hotels than Marriott, it records 3 per cent more rooms in its development pipeline, because of a larger average number of keys per hotel.
Both Accor, with its 43 brands (globally, not all in Africa) and Marriott, with a total of 31 brands and collections, have clearly positioned themselves as the dominant players on the continent.
Egypt has by far the largest pipeline (67 hotels , 19272 rooms), more than double second placed Nigeria (62 hotels,  9032 rooms), and with almost a quarter of the total pipeline rooms on the continent.
Trevor Ward said: “Hospitality is an enormously important industry in Africa, not just in the Top 5 but in several other countries as well, because of the direct and indirect jobs that it creates and sustains, as well as its strong foreign currency earnings.  We are anxious to see a return to growth, particularly in existing hotels reopening and new ones entering the market, and getting back to contributing to the African growth story.”
Matthew Weihs, Managing Director of bench, which is staging the Arabian and African Hospitality Investment Conference, said: “After a difficult year, I am truly excited to be looking forward to an in-person event that brings all our audiences together in one, safe and secure, environment.  For the savvy investor this is actually a real moment of opportunity as hotels are a long-term investment.  As we near the bottom of the economic cycle this is such an opportune moment to come together and lay the foundations for deals across the Middle East and Africa.  See you there!” - TradeArabia News Service