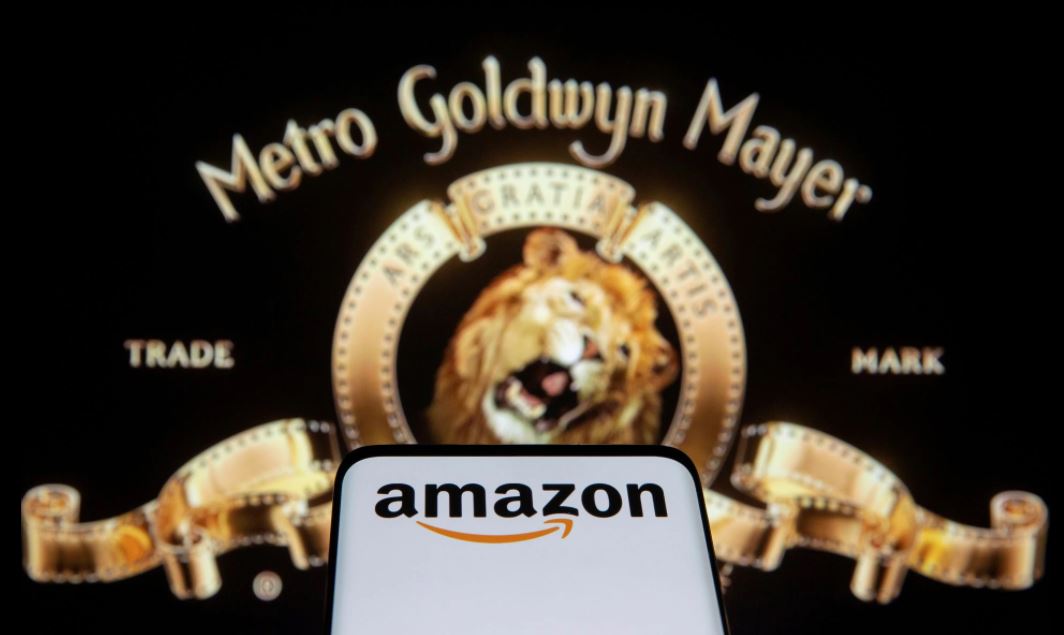 Smartphone with Amazon logo is seen in front of displayed MGM logo in this illustration taken, May 26, 2021. (Image credit: Reuters)

Amazon’s move to buy the MGM movie and TV studio will provide fuel for the Seattle company’s critics in the nation’s capitol who complain it is already too big and powerful, but experts said the deal poses few classic antitrust concerns.

A little more than an hour after the deal was announced, Republican Senator Josh Hawley blasted Amazon.com as a "monopoly platform" on Twitter, adding, "This sale should not go through," and that the company shouldn't be allowed to buy anything.

And Democratic Senator Amy Klobuchar, who chairs the Senate's antitrust panel, called for "a thorough investigation to ensure that this deal won't risk harming competition."

The $8.45 billion merger would combine the world's biggest online retailer with a film and TV studio that has a storied past but has struggled to keep up with rivals including Disney.

MGM, which owns the James Bond franchise and made "The Handmaid's Tale," also made classic films like the "Rocky" series and "Princess Bride." But look at the top ten grossing films of 2018 and 2019 and MGM is absent, according to boxofficemojo. As is Amazon.

Given the state of competition in the two markets, antitrust agencies which police mergers for anticompetitive behaviour would likely struggle to convince a court that the deal will mean higher prices or less innovation.

"It seems like the market shares aren't big enough to attract the attention of today's antitrust enforcers," said Chris Sagers, a professor at Cleveland-Marshall College of Law with a focus on antitrust, who noted that because of its size, "people will be concerned because it's Amazon."

Amazon declined to comment on this story but in an October 2020 blog post noted that "large companies are not dominant by definition, and the presumption that success can only be the result of anti-competitive behavior is simply wrong."

Amazon has come under criticism for buying competitors, like online shoe seller Zappos in 2009 and Diapers.com in 2010, and that criticism is likely to continue.

Senator Elizabeth Warren, when she was running for president, explicitly called for federal regulators to undo "anti-competitive mergers," including Amazon's purchases of Whole Foods and Zappos.

"Amazon is prioritizing monopolizing content for the streaming service while completely failing to address the real concerns of workers, small businesses, and regulators," said Alex Harman, a competition policy advocate for Public Citizen.

Antitrust experts have been studying Amazon's purchase of the Whole Foods supermarket chain in 2017 for clues about how the MGM deal might be handled. That merger was quickly approved by U.S. competition regulators even though Amazon was at that time much criticized for allegedly using its market power to dominate different retail sectors.

"For political reasons, they might spend more time with this acquisition than they did with Whole Foods but for practical reasons, it might end up the same," said Andre Barlow, an antitrust expert with Doyle, Barlow and Mazard.