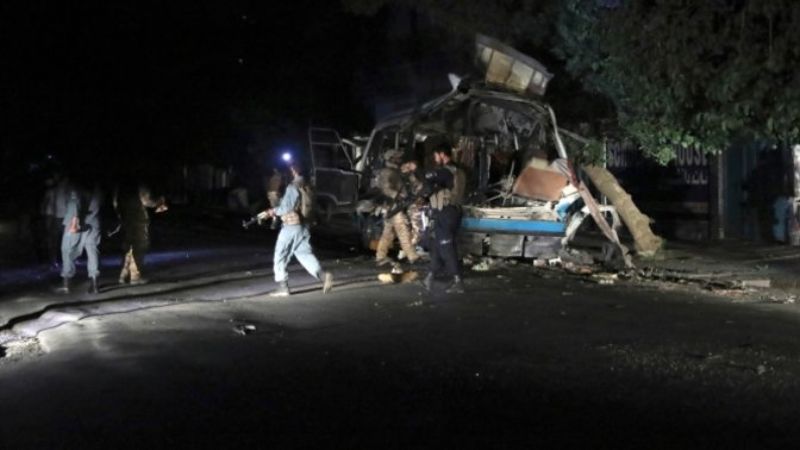 KABUL: Two separate bomb blasts on two public transport buses killed at least 12 civilians in the Afghan capital Kabul, security officials said on Wednesday, the latest in a series of such attacks in recent weeks as foreign forces withdraw. Both attacks took place on Tuesday evening in western parts of the capital.

Ferdaws Faramarz, Kabul police spokesman, said both buses were carrying passengers when the explosion occurred that killed at least 12 and wounded 10 more. The police launched an investigation, he said.

No group claimed responsibility for the twin bombings.

The government usually blames the Taliban for such attacks but the insurgent group denies involvement.

Violence has sharply increased since Washington announced plans to withdraw all U.S. troops from Afghanistan by Sept. 11.

The bombings on Tuesday took place three weeks after a bomb attack outside a school in the same part of Kabul. Following the school attack, an official toll put the number of dead, most of them students, at 68, but a senior government official later said 80 had died.

Nearly 1,800 Afghan civilians were killed or wounded in the first three months of 2021 during fighting between government forces and Taliban insurgents despite efforts to find peace, the United Nations said last month.