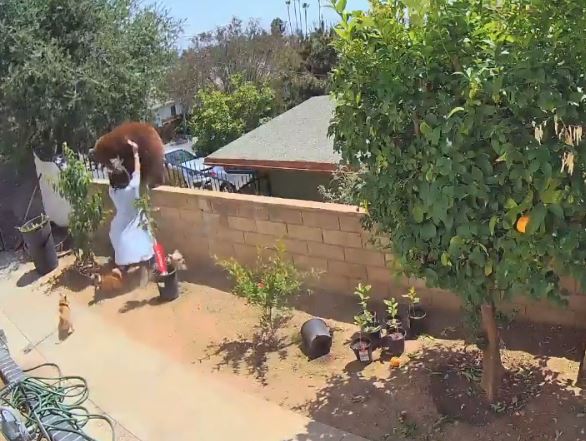 A teenager in California, USA, is being hailed as a hero and her dogs' best friend.

17-year-old Hailey Morinico became famous overnight after a video of her fighting off a large bear to save her dogs went viral.

The video shows a giant mother bear and two cubs walking on top of a wall when several dogs charge towards them. As the dogs come dangerously close to the bear during the encounter, the quick-thinking girl runs up and pushes the bear off the wall.

In this window of opportunity, Hailey quickly moves her dogs away from the area.

"I see the bear, it's grabbing my dog, Valentina, and I have to run over there. She's a baby.

"And the first thing I think to do is push the bear. And somehow, it worked."

Fortunately, Hailiey was able to escape the incident with just a sprained finger and scraped knee.

But she has a word of caution for others.

"Do not push bears," she told KTLA.

"Don't do what I did. You might not have the same outcome."