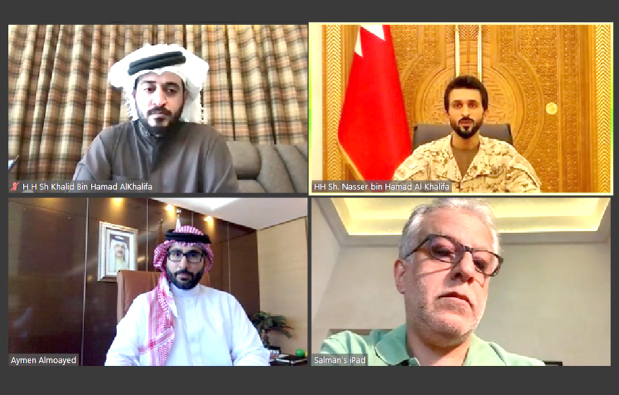 Bahraini sport is on the path of development thanks to the endless care and support provided by His Majesty King Hamad, said the King’s representative for humanitarian work and youth affairs and Supreme Council for Youth and Sports (SCYS) chairman Shaikh Nasser bin Hamad Al Khalifa.

“Bahraini sport has attained remarkable achievements in the past years thanks to the support of His Majesty the King, the first sportsman, who laid the foundations for the development of Bahraini sports and made it move at a steady pace towards pioneering achievements at all levels,” said Shaikh Nasser.

“We congratulate Shaikh Khalid on being appointed as the General Sports Authority chairman. We are fully confident in Shaikh Khalid’s great capabilities, which he will harness to advance the work of the GSA and achieve development for Bahraini sports through a number of initiatives, plans and legislation.

“The General Sports Authority will be the sole regulator and organiser of the sports sector and the only communication link for the bodies working in it, namely the Bahrain Olympic Committee, the Paralympic Committee, sports federations and national clubs. These bodies will work to implement the strategies proposed by the GSA.”

Shaikh Khalid praised Shaikh Nasser’s support to the sports sector. “We at the General Sports Authority are continuing to work to implement Shaikh Nasser’s directives aimed at launching more initiatives,” he said.

“The upcoming phase will witness a new start for Bahraini sports, and we look forward to building on what has been achieved and continuing to work to attain more gains.”