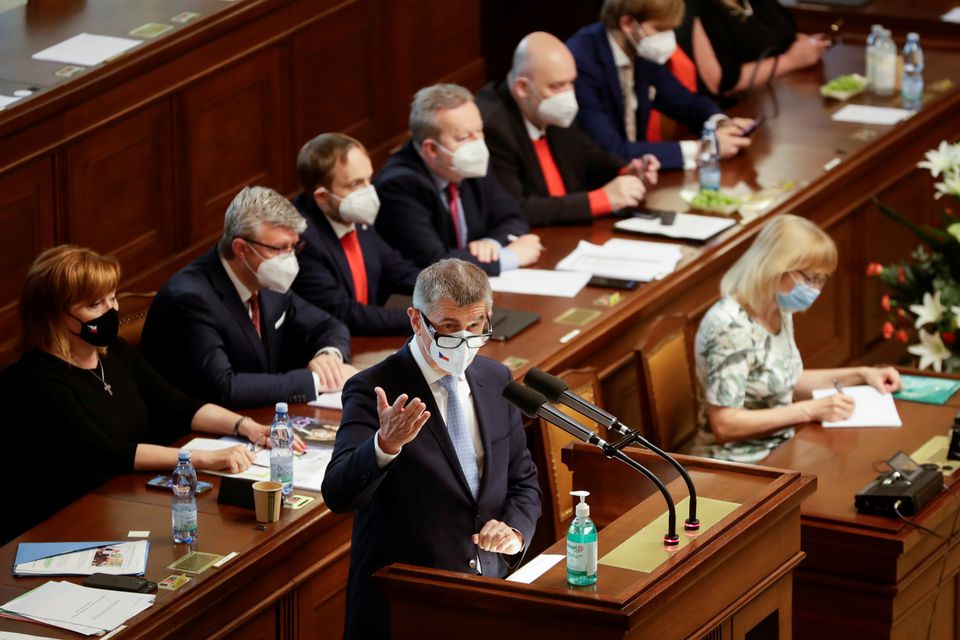 Two opposition coalitions, both challengers to Babis' ANO party in the election planned for October, brought the motion over the government's handling of the coronavirus pandemic and investigations into billionaire Babis' alleged conflicts of interest.

But the parties fell short of winning the required majority of 101 votes in the 200-member lower house after the Communist Party, and its 15 votes, left the chamber and did not participate.

While the party has backed Babis throughout his term, it withdrew its support in April and has taken issue over his Cabinet's tough stance in a spying row with Russia that has led to embassy expulsions both in Prague and Moscow.

"The government does not have our confidence, but the rightist (opposition) parties even less so," Communist Party Chairman Vojtech Filip said during the debate in parliament.

"Therefore we will not participate in this pointless spectacle, and we are leaving to work for the people."

Its success would not have meant Babis' automatic fall but would have shifted power to pro-Russian President Milos Zeman, who could have kept Babis in a caretaker role for a few months before the election.

Babis' ANO party has slipped from the top spot in opinion polls this year.

It trails a coalition between the liberal Pirate Party and Mayors Party. The centre-right coalition SPOLU (Together) is also close to ANO, and polls give the two opposition groups chances of winning enough seats to form a narrow majority after the October election.

Babis told parliament the opposition had taken the Czechs as hostages and used the pandemic for politic games.

He also attacked the Pirate Party, which he blames for instigating scrutiny he faces from European Union bodies over a business empire he has shifted into trust funds. Babis has denied any wrongdoing amid criticism of conflicts of interest.

"We don't want the European Parliament to control our country. Nobody from abroad will stick his nose in here," Babis said. "We don't want multicultural, eco-fanatic Pirate-stan."