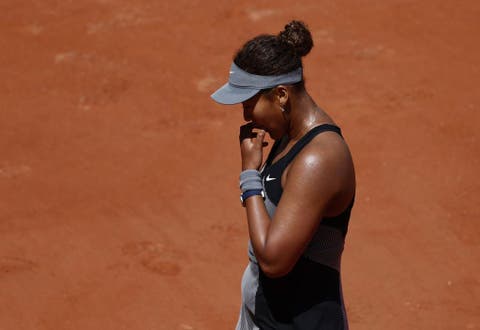 PARIS: Former Wimbledon champion Marion Bartoli says there are big question marks about whether or not Naomi Osaka will play at the grasscourt championships this year after her withdrawal from the French Open, citing mental health issues.

Japan’s Osaka pulled out of French Open on Monday after refusing to attend the mandatory post-match Press conferences and revealing she had been suffering from bouts of depression for several years.

Her decision has turned the spotlight on the media demands on tennis players and Bartoli believes the Women’s Tennis Association (WTA) and the International Tennis Federation are trying to find a solution that could work for Osaka.

“We didn’t expect for this to happen, Bartoli told ITV Sport during her role as a pundit yesterday. “We didn’t think the situation was so bad with Naomi. I think the WTA is trying really hard to find some solution.

“The Press conferences at the moment are not the usual ones with the press not even in the press room, and they all being done on Zoom, so you don’t feel like that anxiety you might feel when you have someone in your face asking a tough question.

“But maybe they are trying to find a way to narrow down to maybe three or four questions for Naomi’s Press conferences.”