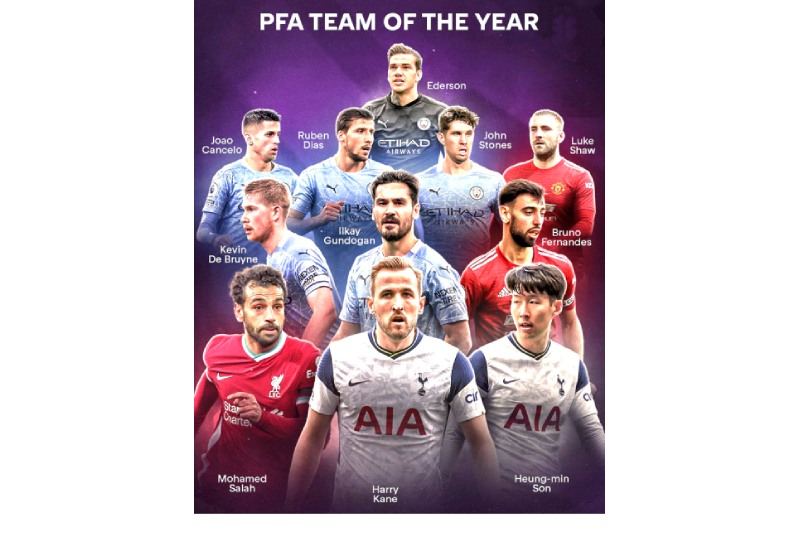 Goalkeeper Ederson, defenders Joao Cancelo, John Stones, and Ruben Dias, and midfielders Kevin De Bruyne and Ilkay Gundogan were all named in the team, which is voted for by fellow players.

De Bruyne, who was named last year’s Player of the Year, is the only player to retain his place from the 2019-20 team.

City also conceded the fewest number of goals (32) and kept clean sheets in half their games (19) as Ederson won the Golden Glove for a second successive year.

Meanwhile, Kane claimed the Golden Boot after scoring 23 goals and the England striker also topped the assists chart with 14, nine of which helped Son score as they formed an impressive partnership.

Salah and Fernandes finished behind Kane with 22 and 18 goals, respectively.

Gundogan, Dias, Fernandes and Kane are also shortlisted for the Player of the Year along with De Bruyne.

The PFA Women’s Super League Team of the Year was dominated by champions Chelsea, with five players named in the lineup.

Goalkeeper Ann-Katrin Berger, defenders Magdalena Eriksson and Maren Mjelde, and forwards Fran Kirby and Sam Kerr were all voted into the team.