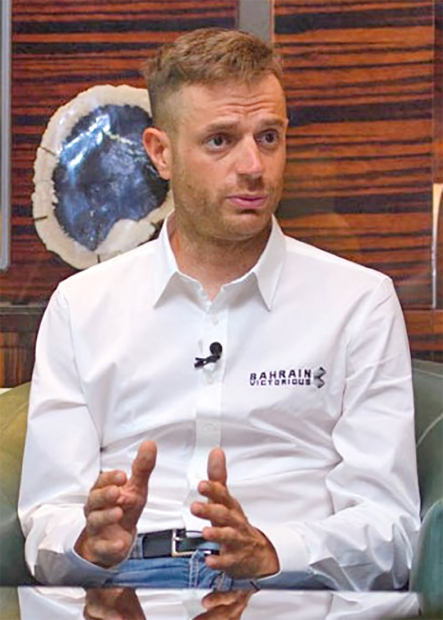 The team shined in the 2021 edition of the Giro d’Italia, winning a stage and finishing second in the championship.

Caruso, 33, praised Shaikh’s Nasser support for the team which earned Bahrain a berth on the podium.

Addressing a Press conference, he said that the farsighted vision drawn by Shaikh Nasser to Bahrain Victorious, which was launched in 2017, yielded a string of victories and trophies.

He said that the team was able to reach the podium in the Tour de Italy, which is considered one of the most difficult races, given the large number of cycling champions taking part.

He took pride in representing Bahrain Victorious which achieved great strides and became a source of inspiration, praising the performance of Bahraini Ahmed Madan who succeed in entering the world of professional cycling.

“The success of the Bahraini cyclist in becoming professional is not an easy thing, but rather requires a lot of effort, strategies and qualitative plans,” he said.

“Ahmed now is a role model and one of the inspirational stories for many young people who aspire to enter professional cycling,” he added, praising the people of Bahrain for backing the team.