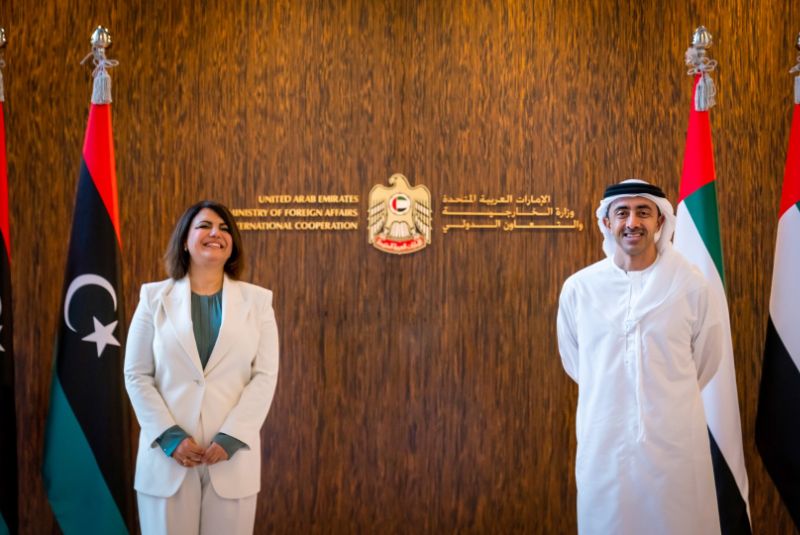 During the meeting, which was held at the headquarters of the Ministry of Foreign Affairs and International Cooperation in Abu Dhabi, both sides discussed the fraternal relations between the UAE and Libya and ways to further enhance them.

They also discussed developments in Libya and the importance of providing support to its Government of National Unity during this transitional phase and the preparations for elections, scheduled in December 2021.

Shaikh Abdullah welcomed El Mangoush's visit and emphasised the deep-rooted ties between the two countries, as well as their keenness to strengthen them in a way that will benefit their peoples.

He expressed UAE's support to all sincere efforts, leading to a secure, stable and prosperous Libya, adding that the UAE always stood by the Libyan people to realise their aspirations for stability, development and prosperity.

Shaikh Abdullah lauded the efforts made by the Libyan Government of National Unity as they lead the current phase. He also praised the steps taken by the government to ensure security and stability in Libya and that all appropriate preparations are being taken to hold the elections in December.