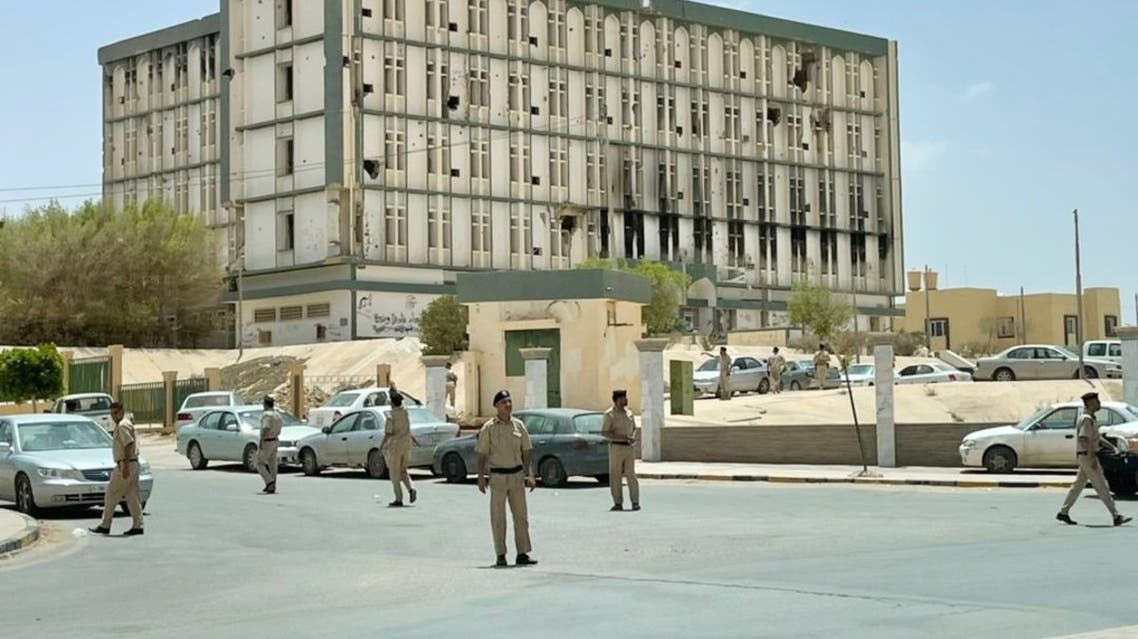 Libyan security members are seen in front of the Administrative complex in Bani Walid town, Libya, May 20, 2021. (Reuters/Ahmed Elumami)

A security source in Sebha said the blast was caused by a suicide bomber who detonated a car bomb.

Sebha is in the deep south of Libya, about 130km from Taraghin, where Islamic State carried out a bomb attack last year that caused no casualties.