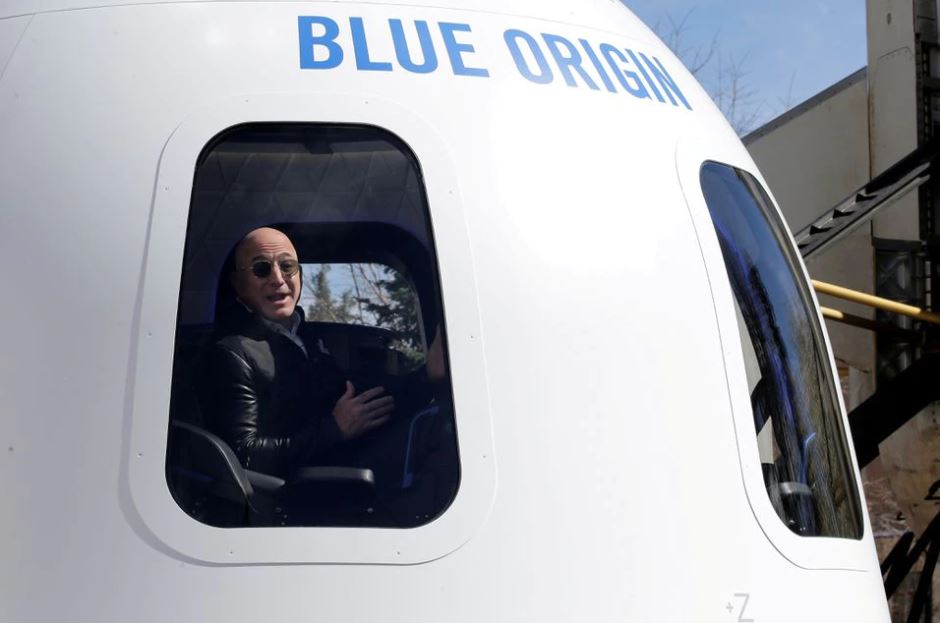 Amazon.com Inc founder Jeff Bezos will fly to space next month on the first space flight from his rocket company Blue Origin, the billionaire said on Monday.

"Ever since I was five years old, I've dreamed of travelling to space. On July 20th, I will take that journey with my brother," Bezos said in an Instagram.

Blue Origin closed the first round of the auction last month and said it had received more than 5,200 bidders from 136 countries, without disclosing the highest bid from the round.

The current highest bid stood at $2.8 million in the ongoing second round of auction, according to Blue Origin's website. (www.blueorigin.com)

The process will last until June 10 and conclude in a final phase on June 12, with a live online auction.

The company is targeting July 20 for its first suborbital sightseeing trip on its spacecraft, a landmark moment in a competition to usher in a new era of private commercial space travel.

Reuters reported in 2018 that Blue Origin was planning to charge passengers at least $200,000 for the ride, based on an appraisal of rival plans from billionaire Richard

Branson’s Virgin Galactic Holdings Inc and other considerations, though its thinking may have changed.