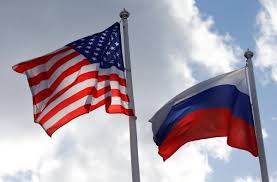 MOSCOW: The head of Russia’s space agency yesterday suggested Moscow would withdraw from the International Space Station in 2025 unless Washington lifted sanctions on the space sector that were hampering Russian satellite launches.

Dmitry Rogozin, the head of Roscosmos, was addressing parliamentarians ahead of a summit in Geneva later this month between Russian President Vladimir Putin and his US counterpart Joe Biden.

Rogozin said Moscow was struggling to launch some of its satellites because of US sanctions which meant Russia could not import certain microchip sets needed for its space programme.

“We have more than enough rockets but nothing to launch them with,” Rogozin said, in a rare admission by a senior Russian official that Western sanctions are seriously impeding the development of a given industry. “We have spacecraft that are nearly assembled but they lack one specific microchip set that we have no way of purchasing because of the sanctions.”

The US and other Western countries began imposing sanctions against Russia in the wake of its annexation of Crimea from Ukraine in 2014. More recently, the US has sanctioned Moscow over election meddling, cyber attacks and the poisoning of Kremlin critic Alexei Navalny, allegations Moscow denies.

Rogozin, who is under personal US and EU sanctions, said Russia could withdraw from the International Space Station (ISS) in 2025 unless Washington lifted the sanctions against Russian space contractors soon. “This is in the hands of our American partners,” he said.

Launched in 1998, the ISS is a multinational project and comprises two segments, a Russian one and another one used by the US and other space agencies. US space agency NASA favours continuing to use the ISS until at least 2030, and Bill Nelson, its chief, told CNN last week that a Russian exit could spark a new space race with Russia and China pitted against the US.

Moscow’s relations with Washington plummeted to new post-Cold War lows earlier this year after Biden called Putin a “killer” and imposed a broad array of sanctions on Russia, including on the sovereign debt market.