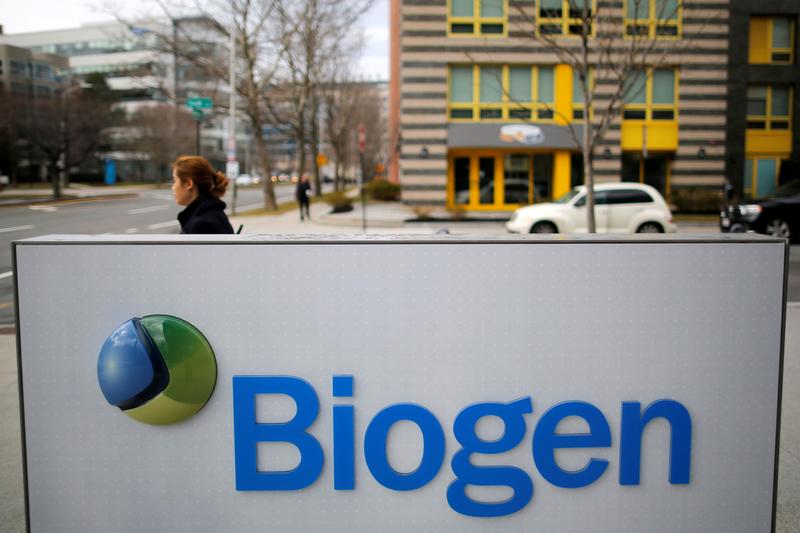 WASHINGTON: US regulators yesterday approved Biogen’s aducanumab as the first new drug in 20 years to treat a likely cause of Alzheimer’s disease, sending its shares soaring, despite controversy over whether the clinical evidence proves the drug works.

Biogen said it has priced the drug, to be sold as Aduhelm, at $56,000 per year. Its shares jumped nearly 52 per cent when trading resumed following the approval.

Aducanumab aims to remove sticky deposits of a protein called amyloid beta from the brains of patients in earlier stages of Alzheimer’s in order to stave off its ravages, which include memory loss and the inability to care for one’s self.

“This is good news for patients with Alzheimer’s disease. We’ve not had a disease modifying therapy approved ever,” said Dr Ronald Petersen, an Alzheimer’s disease expert at the Mayo Clinic. However, he cautioned, “This is not a cure. It’s hoped that this will slow the progression of the disease.”

“It think this is a big day,” Dr Peterson said. “But we can’t overpromise.”

The Food and Drug Administration said on its website that clinical trials for the treatment showed a reduction in the plaques that is expected to lead to a slower decline in patients.

“Although the Aduhelm data are complicated with respect to its clinical benefits, FDA has determined that there is substantial evidence that Aduhelm reduces amyloid beta plaques in the brain and that the reduction in these plaques is reasonably likely to predict important benefits to patients,” the agency said.

Biogen’s drug had been hailed by patient advocates and some neurologists eager to have an effective option for patients with the lethal disease. Other doctors said clinical trial results were inconsistent and more proof was needed.

Current Alzheimer’s treatments including AbbVie’s Namenda and Pfizer’s Aricept are intended to ease Alzheimer’s symptoms, while the Biogen drug targets the underlying cause and aims to slow disease progression.

The FDA decision did not define the specific Alzheimer’s patients for who the drug is appropriate – such as very early stage disease – raising the possibility that the treatable population could be larger than anticipated.