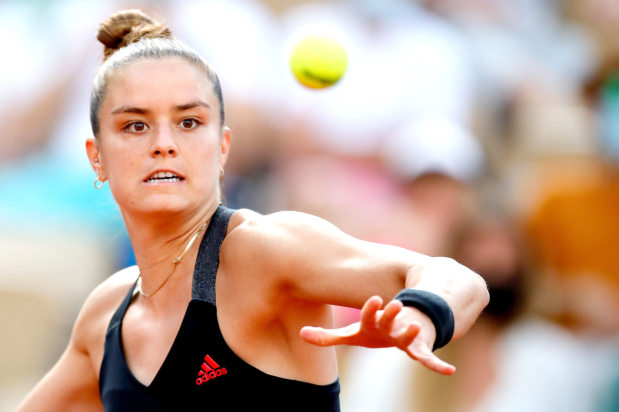 Sakkari, 25, had lost her two previous fourth-round appearances in Grand Slams and came into Monday’s clash having lost twice in majors to 2020 Australian Open winner Kenin.

But the Greek, who won their last meeting in Abu Dhabi this year, raced into a 4-0 lead in the opening set as Kenin, the highest women’s seed left in the tournament, served two double faults in each of her two service games.

A wasteful Kenin, last year’s finalist at Roland Garros, managed to hold just two service games and cut a frustrated figure on Suzanne Lenglen court, constantly muttering to herself but failing to solve her problems.

The 17th seed will meet Polish defending champion Iga Swiatek, who eased past world No. 81 Marta Kostyuk of Ukraine 6-3, 6-4, for a place in the semis.

Meanwhile, American teenager Coco Gauff reached her first Grand Slam quarter-final with a crushing 6-3 6-1 defeat of Tunisia’s Ons Jabeur in the fourth round.

The 17-year-old capitalised on a nervous start by Jabeur and never let her opponent off the hook in a clinical display.

Jabeur, like Gauff a former junior French Open champion, tried to mix things up with her trademark drop shots but nothing could disrupt her opponent’s flow.

Gauff wrapped up the win in less than an hour on her fourth match point and is yet to drop a set in the tournament.

She will face Czech Barbora Krejcikova, who swept American Sloane Stephens aside 6-2 6-0, for a place in the semis.

The 33rd-ranked Krejcikova, who won the 2018 doubles title at Roland Garros with Katerina Siniakova, has not lost since a maiden title-winning run in Strasbourg and dominated the 2017 US Open winner on a sun-bathed Suzanne Lenglen court.

Former world number three Stephens, who reached the final in Paris in 2018, did not have any answer to Krejcikova’s powerful but effortless stroke-making in their first meeting and did not help her cause by committing 26 unforced errors.