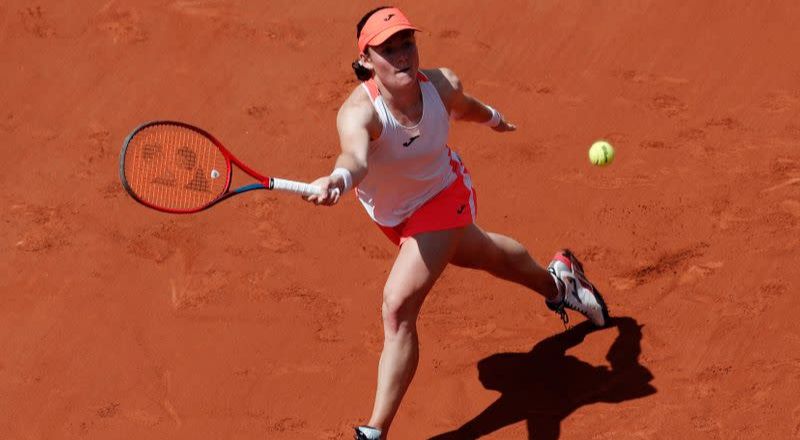 A match between two Grand Slam quarter-final debutants was full of momentum shifts with world number 85 Zidansek leading by a set and 4-2 before the big-hitting Badosa, ranked 35, stormed back to reel off six games in succession.

Badosa, who was on a nine-match winning streak on clay, looked the favourite to win the decider when she led 2-0.

But former competitive snowboarder Zidansek stopped the rot just in time, then showed real grit at 6-6 when she emerged from a pivotal game having saved three break points.

Zidansek produced two forehand winners to fend off the first two and then on the third she got lucky when her shot took a horrible bounce to deceive Badosa.

Both players struggled to cope with their nerves at various points during the match but it was Badosa who crumbled in the final game, serving a double fault and falling 15-40 behind.

Zidansek wasted the first match point but nailed another forehand to end the contest with a 48th winner.

She will face the winner of the Tuesday’s second quarter-final between Kazakhstan’s Elena Rybakina, who knocked out Serena Williams in the fourth round, and experienced Russian Anastasia Pavlyuchenkova.