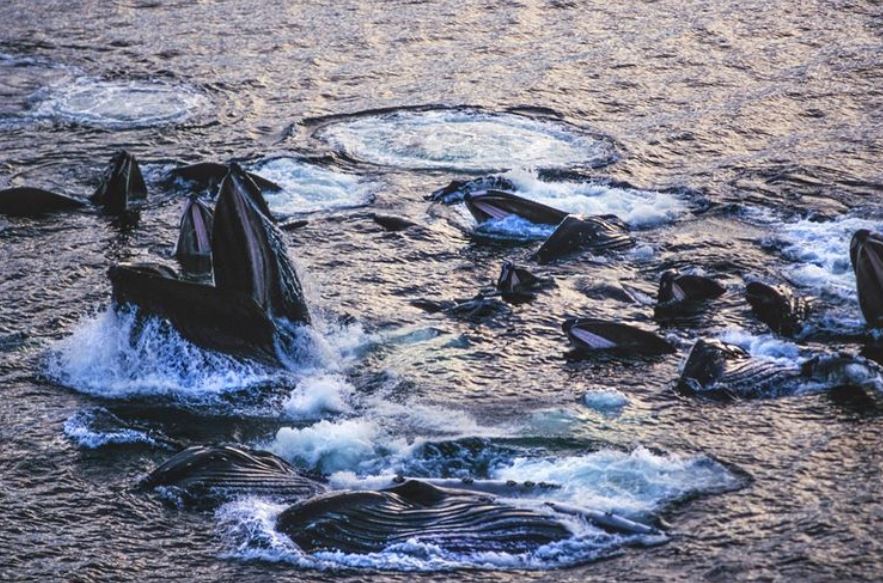 Humpback whales are filmed bubble-net feeding by a drone pilot off the Sapphire coast in southern New South Wales.

This video was taken last year but has only recently been confirmed by Australian researchers who studied the mammals' behaviour.

Bubble-net feeding is a tactic whales use to catch their prey. They deliberately blow bubbles and form a circle around their prey that acts like a net, before they leap through the middle and finally get a hold of their prey.

Normally, the bubble-net feeding technique is seen in the northern hemisphere. This was the first time such a sight has been seen in Australia.

This was the largest humpback whale congregation ever seen in Australia, with an estimated 33 humpback whales seen in this video.