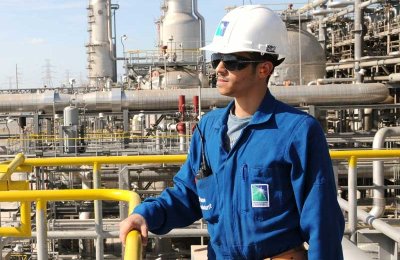 Mubadala, the Abu Dhabi-based sovereign investment company, has announced that it has joined the consortium led by EIG Global Energy Partners (EIG) which has entered into a transaction with state oil giant Saudi Aramco to acquire a 49 per cent equity stake in its newly formed entity, Aramco Oil Pipelines Company.
Saudi Aramco has in April announced that it had signed an agreement with a consortium led by EIG, one of the world’s leading energy infrastructure investors, to optimise its assets through a lease-and-lease-back agreement involving its stabilised crude oil pipeline network.
Upon closing, Aramco said it will receive upfront proceeds of around $12.4 billion, further strengthening its balance sheet through one of the largest energy infrastructure deals globally.
The transaction represents a continuation of Aramco’s strategy to unlock the potential of its asset base and maximize value for its shareholders. It also reinforces Aramco’s role as a catalyst for attracting significant foreign investment into the kingdom.
As per the agreement, Aramco will retain the remaining 51 per cent stake in the new entity, said Mubadala in a statement.
The new entity has rights to 25-years of tariff payments for oil transported through Aramco’s stabilised crude oil infrastructure network, backed by minimum volume commitments, it stated.
Aramco will continue to retain title to, and operational control of, the network, and the transaction will not impose any restrictions on Aramco’s actual crude oil production volumes, it added.-TradeArabia News Service