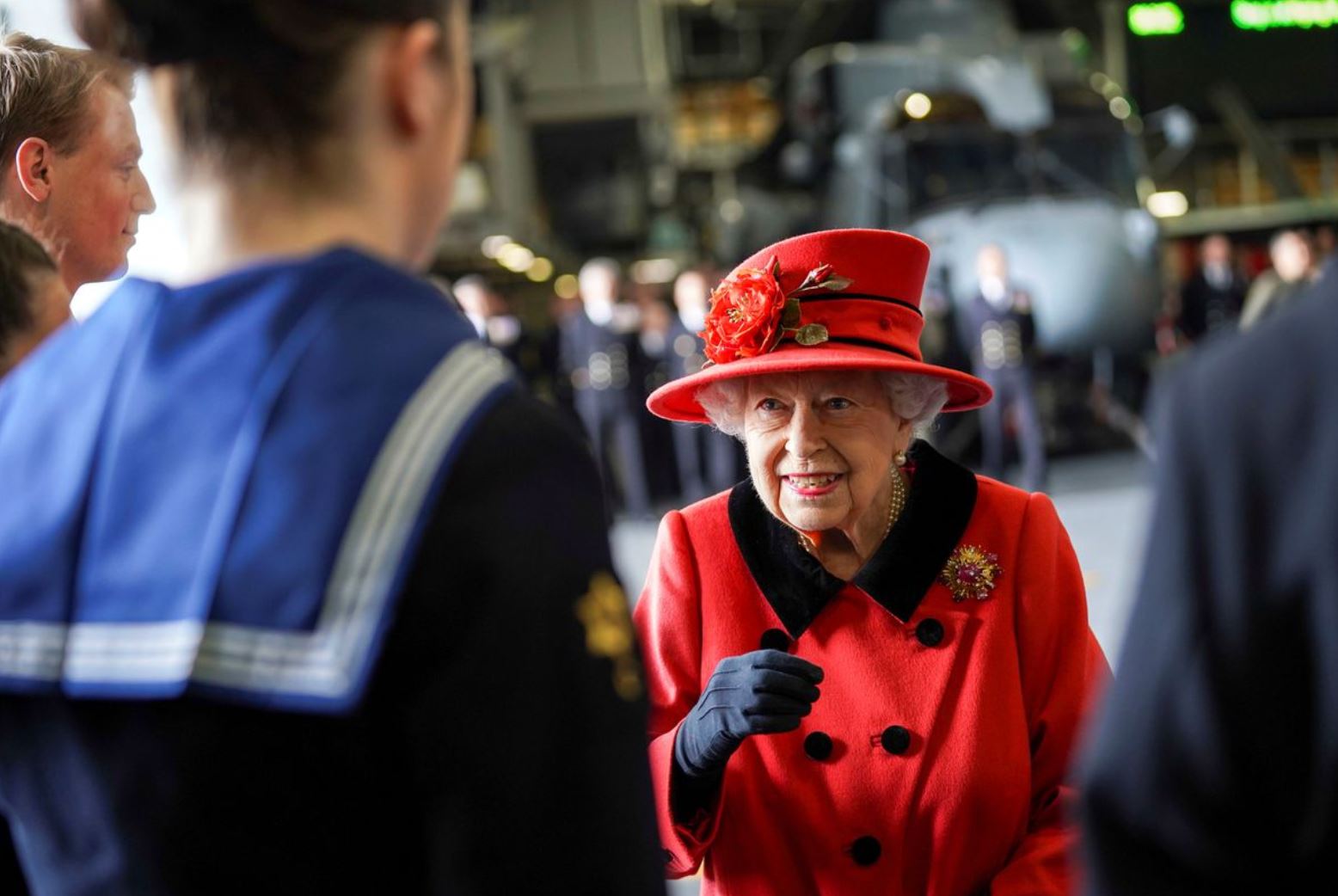 Britain's Queen Elizabeth visits HMS Queen Elizabeth ahead of the ship's maiden deployment at HM Naval Base in Portsmouth, Britain May 22, 2021. PA Wire via Reuters
LONDON: Britain’s Queen Elizabeth has been given a rose named after her late husband Prince Philip to mark what would have been his 100th birthday today, Buckingham Palace said.
Philip, the Duke of Edinburgh, died on April 9, just two months short of his landmark birthday after more than seven decades of marriage to Elizabeth, who is now 95.
The Palace said that last week Elizabeth had been presented with a Duke of Edinburgh Rose – a newly bred pink commemorative rose – in his memory.
It has since been planted at the rose border of the East Terrace Garden at the queen’s Windsor Castle home to the west of London, where she has spent most of her time since the outbreak of the Covid-19 pandemic and where her husband died.
A royalty from the sale of each rose will go towards the Duke of Edinburgh Award Living Legacy Fund, supporting a scheme for young people that Philip set up and which now operates in more than 130 countries.