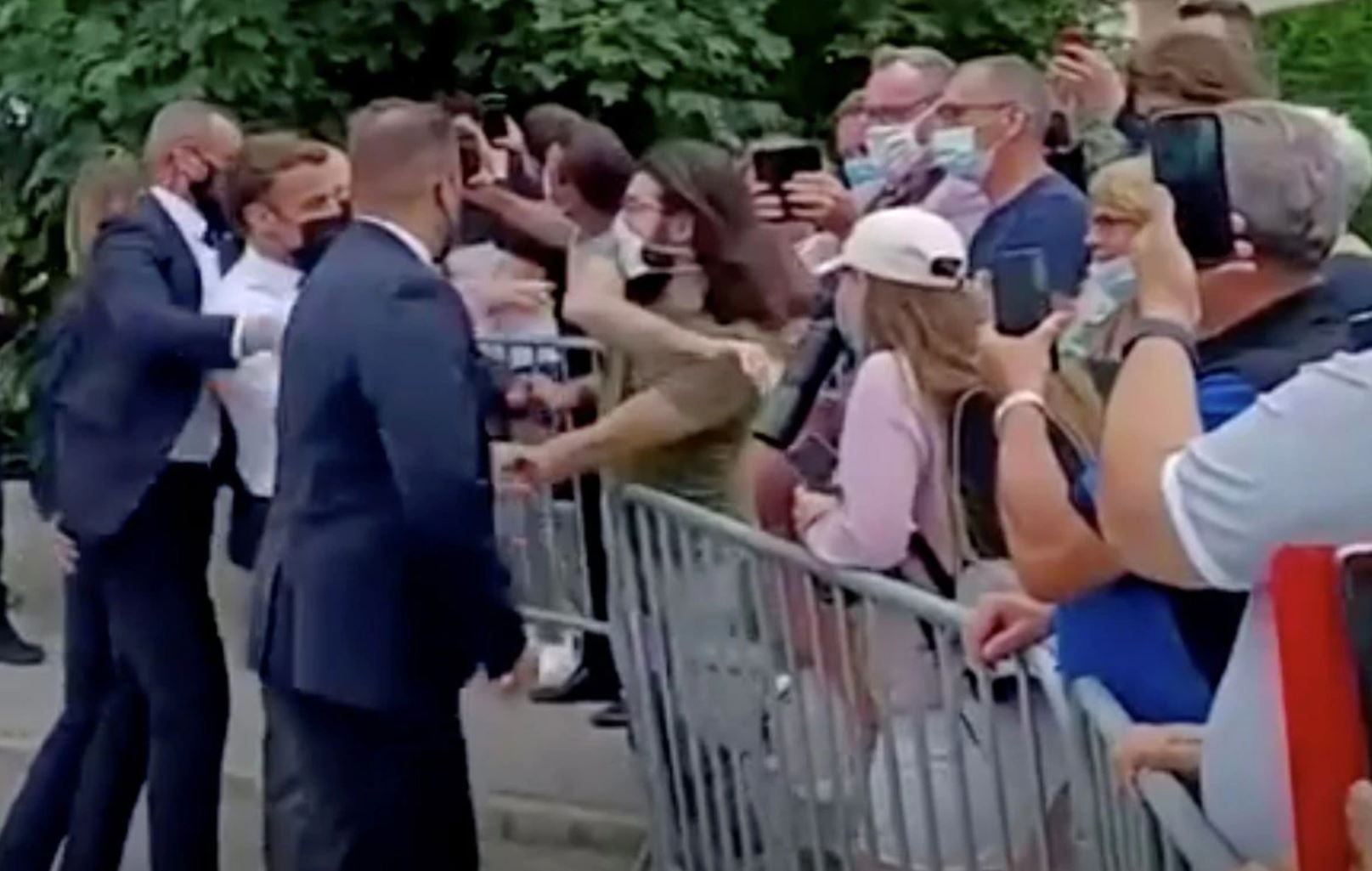 French President Emmanuel Macron gets slapped by a member of the public during a visit in Tain-L'Hermitage, France, in this still image taken from video on June 8, 2021. BFMTV/ReutersTV via REUTERS

Damien Tarel, the medieval martial arts enthusiast who slapped French President Emmanuel Macron across the face, will go before a judge in a fast-track trial on Thursday.

Tarel had acknowledged striking Macron while the president was on a visit to a professional training college, but told investigators it was not premeditated, local prosecutor Alex Perrin said in a statement. read more

The unemployed 28-year-old said during interrogation that he had been close to the anti-government "yellow vest" protest movement which shook the Macron presidency, and held ultra-right wing political beliefs.

"He maintained that he acted out of impulse and 'without thinking' to express his discontent," Perrin said in a statement late on Wednesday.

Tarel's attack on the president stunned the country. Macron later described it as an isolated incident and said violence and hate were a threat to democracy.

The president had been on a trip to the Drome region in the southeast to take the country's pulse after the pandemic and with less than a year to go before the next presidential election.

Acquaintances of Tarel described a man who loved period role-play and was not a trouble-maker.

The prosecutor said he was not a member of any political or militant group.

Tarel was arrested along with a second man from his hometown of Saint-Vallier. Police found weapons, a copy of Adolf Hitler's autobiographical manifesto Mein Kampf and a red flag with golden sickle and mortar that is the international symbol of the communist movement in the second man's home, Perrin said.

The second man will not face any charges related to the slapping but will be prosecuted for illegal possession of arms in 2022.