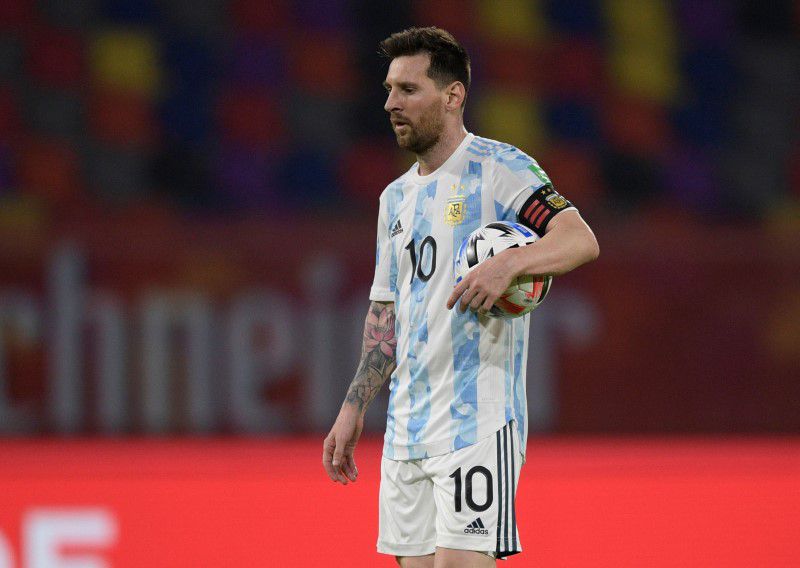 Argentina striker Lionel Messi confessed on Sunday that he worries about contracting Covid-19, a day before he kicks off another Copa America with the national side amid a spate of infections among rival teams.

Players or officials from Bolivia, Colombia and Venezuela tested positive for the virus even before the South American tournament kicked off on Sunday evening in Brasilia.

Messi, who will line up for Argentina in their opener against Chile in Rio de Janeiro on Monday, said the fear of contracting the virus was widespread in the squad.

"It worries us because it is a risk for everyone catching Covid," he told reporters. "We try to be careful but it’s not easy. These things happen."

"We'll try to do all we can so no one gets it but sometimes it doesn't depend solely on ourselves."

Messi is not believed to have been vaccinated, even though the South American Football Confederation said in April it had received vaccinations and aimed to give all international players shots before the Copa America kicked off.

Argentina was due to host this year's Copa America but withdrew at the last minute due to a surge of Covid-19 cases. The tournament was moved to Brazil, even though the death toll there is higher than anywhere outside the United States.

Although organisers claim they put strict protocols in place, Venezuela lost eight players to positive tests before the tournament's opening match against Brazil on Sunday and Bolivia lost three.

The inexperienced Venezuelans went down 3-0, with Marquinhos, Neymar and Gabriel Barbosa scoring for the host nation.

Brazil won this tournament two years ago, beating Argentina in the semi-final in a controversial match, and Messi said he was desperate to finally replicate his club success at the international level.

"I think this is the time to strike a blow and the chance could come in this Copa America," said the Barcelona forward and six-time winner of the best player in the world award.

"My big dream is to win a title with the national team. I was very close on many occasions and unfortunately, it didn't work out. I will keep going until I can't anymore."

"I've been lucky enough to win everything at a club level and on an individual level and it would be beautiful to win with the national team as well."