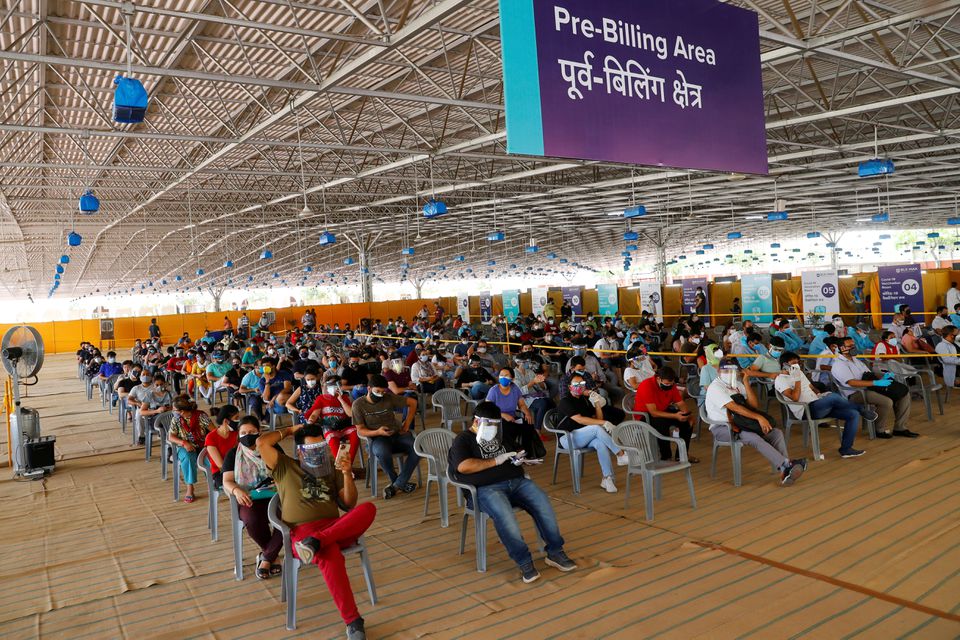 Many Indian states eased coronavirus restrictions on Monday including the capital Delhi, where authorities allowed all shops and malls to open, as the number of new infections dropped to the lowest in more than two months.

Experts have cautioned against a full re-opening as India has vaccinated only about 5% of its estimated 950 million adults with the necessary two doses, leaving millions vulnerable.

Infections peaked in India in May with about 400,000 new cases a day but that dropped to 70,421 new infections reported on Monday, the lowest daily increase since March 31,health ministry data showed.

India has had the second-highest tally of Covid-19 infections in the world after the United States, with 29.51 million cases and 374,305 deaths, according to ministry data.

Authorities in Delhi allowed all shops and malls to re-open although bars, gyms, salons, cinemas and parks remained shut.

City chief minister Arvind Kejriwal said that markets and restaurants would be carefully watched this week.

"If we see coronavirus cases are going up, we will have to reimpose strict restrictions," Kejriwal said in a televised address on Sunday.

Hospitals in Delhi had struggled to provide oxygen cylinders and beds to patients last month as infections surged but earlier this month, the city allowed businesses to bring back 50% of employees and they partially resumed public transport.

In the southern state of Tamil Nadu, known for automobile manufacturing, some businesses were allowed to bring back 50% of employees and salons and liquor shops re-opened. Bus services remained suspended until June 21.

In Bengaluru, the capital of neighbouring Karnataka state and a major tech hub, traffic returned to the streets as authorities allowed the partial re-opening of businesses though strict night and weekend curfews remained in place.

The pressure to resume some economic activity has grown as millions depend on daily wages to pay for food and rent.

"India needs to reopen as the challenge of maintaining a fine balance between lives and livelihoods is very crucial," said Rajib Dasgupta, head of the Centre of Social Medicine and Community Health at New Delhi's Jawaharlal Nehru University.