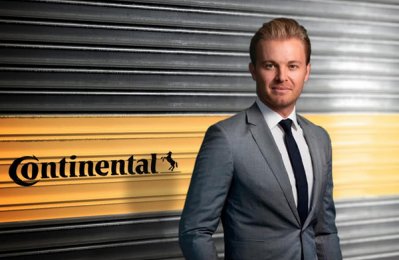 Nico Rosberg, who has enjoyed great success racing in the Middle East, is one of the best-known figures in international motorsport. The 35-year-old reached the pinnacle of a successful career as a racing driver when he won the Formula 1 World Championship title in 2016. He then retired as an active racer and has since turned his attention to climate action. For example, he is pushing for the transition to sustainable mobility solutions and environment-friendly technologies.

For its part, Continental is channeling significant investment into research and development work aimed at making production of all its tires fully carbon-neutral by 2040 at the latest. The company’s tyres business area is already an industry leader in the efficient use of resources and is aiming to cut water and energy use in its production activities by an additional 20 percent by 2030.

In the inaugural event of the new Extreme E race series in Saudi Arabia, the Rosberg Xtreme Racing team emerged victorious – on tyres supplied by Continental, one of the main sponsors of Extreme E.

This off-road race series is contested at particularly remote locations around the world in specially developed electric cars. With its focus on sustainability, Extreme E was also explicitly conceived to draw attention to the effects of climate change and to combat them by promoting climate protection projects on site. Nico Rosberg participates with his newly launched racing team Rosberg X Racing, and Continental is one of the main sponsors of the series and developer.

Rosberg’s success in the region doesn’t stop with Saudi Arabia. The former F1 champion has raced in both the Bahrain and Abu Dhabi Grand Prix, winning both during his time at Mercedes-AMG Petronas F1 team.

Rosberg said: “I am very proud to work with partners who put sustainability, technology and safety at the heart of what they do. Just like me, Continental is strongly committed to enabling sustainable mobility. Development and innovation in the tyre sector are elementary to this. I see these shared values as the basis of our collaboration, and I’m very much looking forward to working together.”

“Nico Rosberg and Continental make a perfect fit,” said Philipp von Hirschheydt, Head of Business Unit Replacement Tires EMEA. “Nico Rosberg has achieved massive success in motorsport, personifies elite-level driving performance at the limit and displays a multi-faceted commitment to environmental protection. Meanwhile, Continental – as a leading developer and manufacturer of premium tyres – is a standard-bearer for maximum safety and top performance in all driving situations. At the same time, we are pursuing a particularly rigorous sustainability strategy.” – TradeArabia News Service