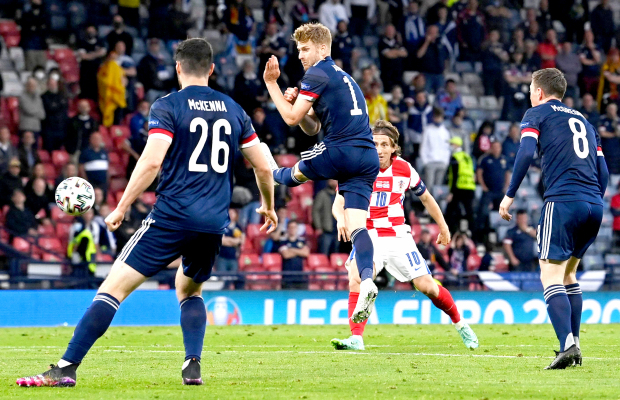 GLASGOW: Luka Modric curled home a magnificent finish as Croatia shrugged off a slow start to Euro 2020 to beat Scotland 3-1 last night and reach the last 16 in style, while leaving their opponents again on the tournament scrap-heap.

Nikola Vlasic and Ivan Perisic were also on target for Croatia in a victory that lifted Zlatko Dalic’s side, so leggy and unconvincing in their first two games, up to second in Group D on four points.

They finished ahead, on goals scored, of the Czech Republic, who lost 1-0 to group winners England. Croatia next face the runner-up of Group E - where Sweden, Slovakia, Spain and Poland are all still jockeying for position – in Copenhagen on Monday.

Scotland, who scored their only goal of the tournament through Callum McGregor, finished bottom of the pile on one point, falling to earth with a thump after their positive performance against England at Wembley lifted hopes of reaching the knockouts of a major tournament for the first time.

Modric’s form had been called into question at the tournament, but the 35-year-old shaped a delightful finish into the corner of the net with the outside of his foot in the second half to make it 2-1, sending his side on to a thoroughly deserved victory.