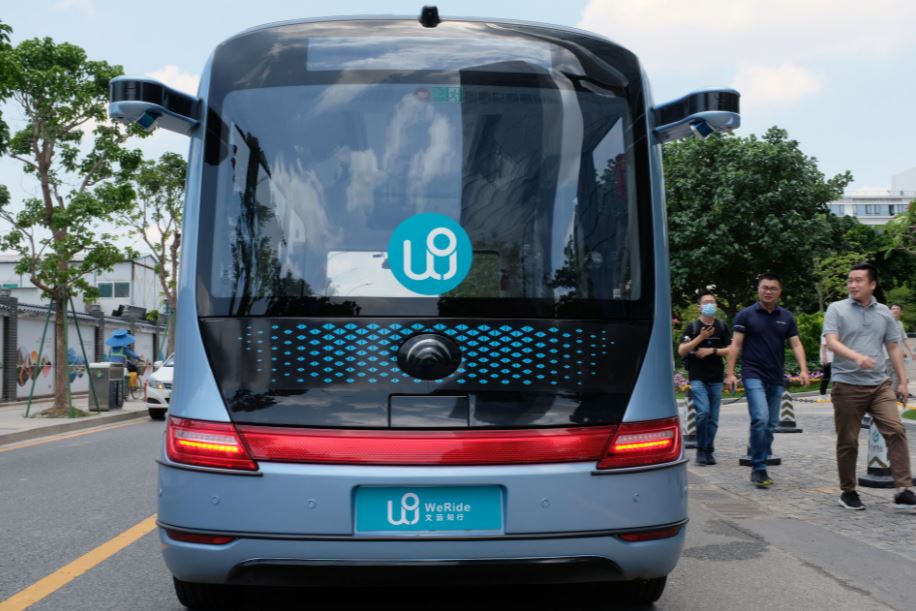 People walk past a WeRide autonomous driving robobus near its office in Guangzhou, Guangdong province, China May 11, 2021. Picture taken May 11, 2021 via Reuters

Beijing: WeRide, a China-based autonomous driving startup, said on Wednesday that it would deepen development with Nissan Motor (7201.T) on autonomous driving technology for the China market as it raised $310 million at a $3.3 billion valuation.

WeRide, led by founder Tony Han, is pursuing what is known in the auto industry as a level 4 autonomous standard, in which the vehicle can handle all aspects of driving in most circumstances with no human intervention.

WeRide, which is testing vehicles in California, its headquarters in China's southern city of Guangzhou and the central city of Zhengzhou, did not disclose details on the size of the funding.

Investors for the $310 million funding round include Renault-Nissan-Mitsubishi (RENA.PA), (7201.T), (7211.T) alliance and China Structural Reform Fund, WeRide said in a statement.

Ashwani Gupta, chief operating officer of Nissan, said, "As China stands at the forefront of helping define the future of mobility, we are delighted to partner with WeRide to bring even more innovative technologies and services to enrich people's lives in China."