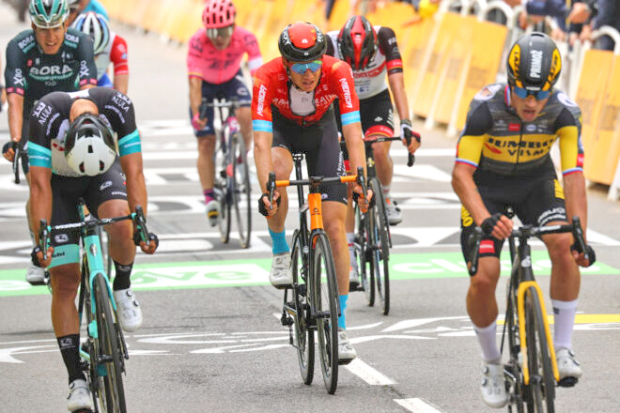 The Grand Depart of the 108th Tour de France started in Brest, as riders faced a tough first day over 197km, climbing 3,158 vertical metres. An early breakaway formed, and with 50km remaining, Schelling (BORA – Hansgrohe) was the sole rider who had a two-minute advantage over the peloton.

With 43km to go, a crash caused havoc bringing down several riders, including Haig and Colbrelli. Haig and Colbrelli were able to get back up and catch the peloton along with other riders involved in the crash.

With 30km to go, the peloton closed the gap, and it was all back together. In the final 10km, another crash brought down several riders, including Haller and Poels.

Colbrelli, Haig, Mohorič and Bilbao managed to get a good position on the technical last corner ahead of the final climb. Haig showed strength battling with his GC contenders finishing fourth, while Bilbao took the same time and finished 12th.