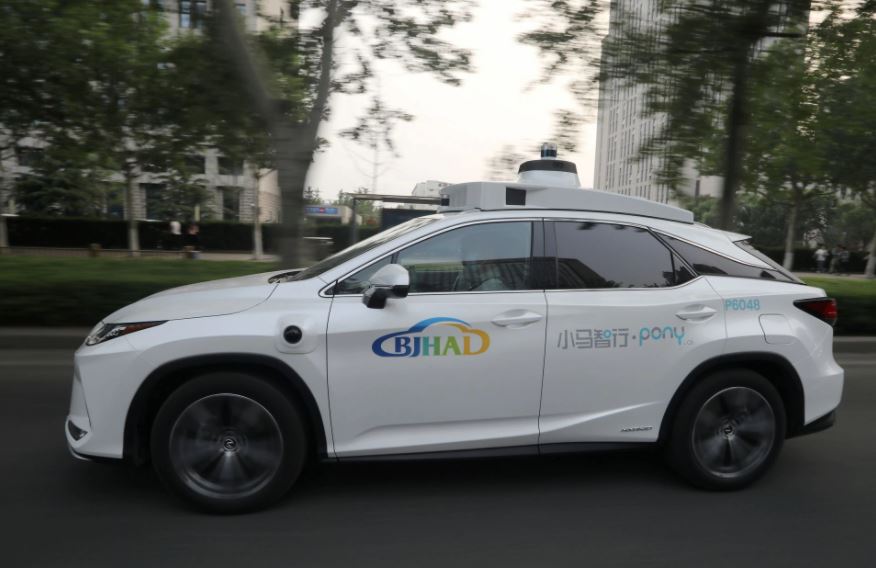 A Lexus vehicle equipped with Pony.ai's autonomous driving system drives on a road during a test event, in Beijing, China, May 13, 2021 via Reuters

The startup, active in the United States and China, plans to install its technology in hundreds of vehicles next year, rising to tens of thousands in 2024-2025, he said.

Self-driving startups such as Alphabet Inc's (GOOGL.O) Waymo and General Motors Co's (GM.N) Cruise have been racing to raise capital as the industry prepares to scale up operations. read more

Still, beyond the time taken to address technological challenges and the massive cost of producing self-driving cars, the industry still has to persuade global regulators as well as the public as to the safety of full automation.

"For autonomous driving, it's a big opportunity. But at the same time, it's a long-term, big opportunity," CEO James Peng said in an interview with Reuters.

"So it requires a long lead way for spending. That means all the autonomous driving companies need to raise enough funding to support their operations," he said.

The comments come as Pony.ai on Friday said it had tapped Lawrence Steyn, vice chairman of investment banking at JPMorgan Chase & Co (JPM.N), as chief financial officer to help "accelerate its commercial growth and global deployment".