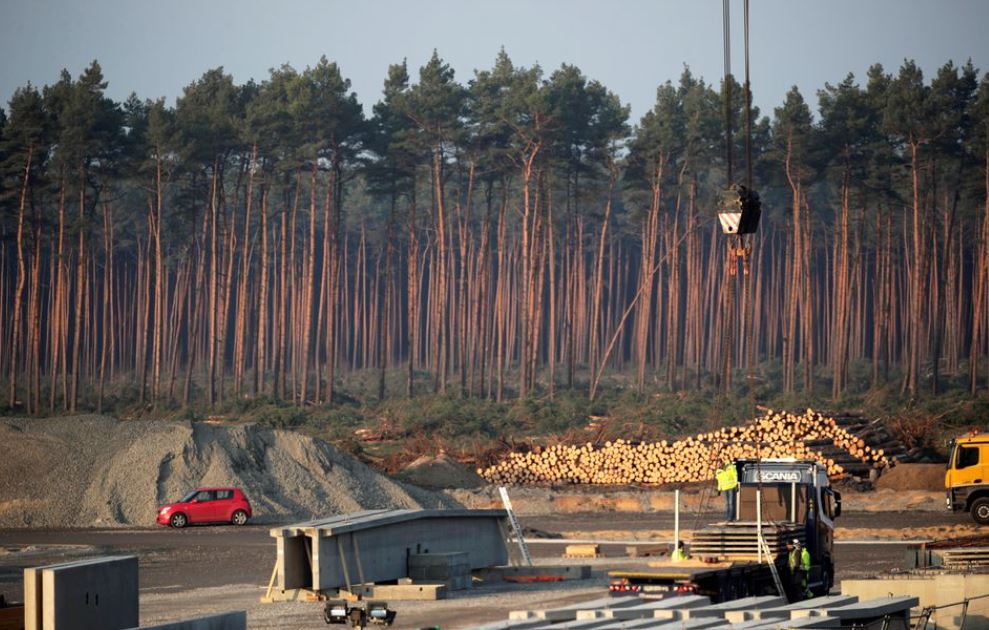 A view of the Tesla Gigafactory construction site in Gruenheide near Berlin, Germany, December 8, 2020 via Reuters

Britain's automotive industry called for a binding target for the country to achieve 60 gigawatt hours (GWh) of battery capacity by 2030 or risk losing tens of thousands of jobs.

So far, start-up Britishvolt is the only company to announce a plan to build a British battery plant, which it said will deliver more than 30 GWh capacity by end-2027. read more

In a report published on Tuesday, the Society of Motor Manufacturers and Traders (SMMT) said that will not be enough to meet growing demand for electric vehicles (EV) as it works towards the government's plan to ban the sale of new petrol and diesel cars by 2030 and hybrids by 2035.

Capacity of 60 GWh would allow the British industry to produce up to one million EV annually.

"The next few years represent a critical period for the sector," SMMT Chief Executive Mike Hawes said. "If we are to secure vehicle manufacturing in this country, with all the benefits to society that it brings, decisions need to be made today."

Other speakers at a conference on Tuesday organised by SMMT urged the need for more plants.

"We need four or five giga plants in order to make this industry prosper in the UK," Aston Martin COO Michael Straughan said.

Britain is scrambling to secure supplies as the transition to electric vehicles is speeded by concerns about climate change and the European Union, which Britain left last year, is ahead in developing the mega battery plants, known as Gigafactories, central to EV manufacture.

In total, there are 38 planned Gigafactories across Europe, green lobby group Transport & Environment has found.

A Sky News report said on Monday Nissan Motor Co (7201.T) will confirm as soon as this week that it will build Gigafactory in Sunderland, northeastern England.