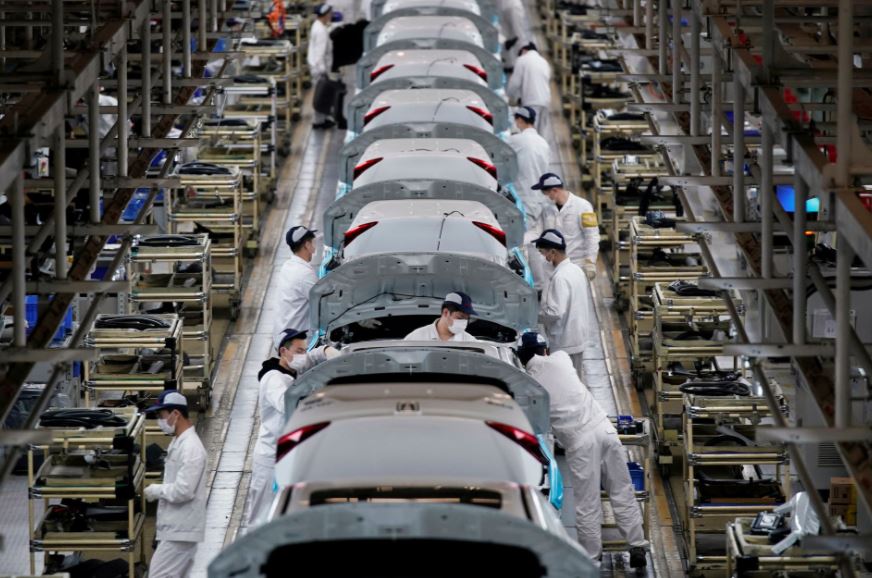 Employees work on a production line inside a Dongfeng Honda factory after lockdown measures in Wuhan, the capital of Hubei province and China's epicentre of the novel coronavirus disease (COVID-19) outbreak, were further eased, April 8, 2020 via Reuters

The China Association of Automobile Manufacturers (CAAM) said on Monday that it expects vehicle sales in China to hit 1.93 million units in June, down 16.3% from a year earlier. read more

Separately, General Motors Co (GM.N), which only reports quarterly China sales, said it sold over 750,000 between April and June, up 5.2% from the same period last year.