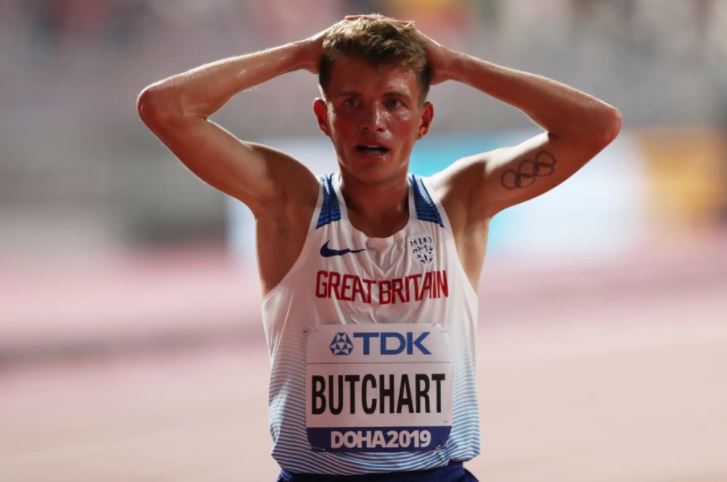 UK Athletics is looking into comments by 5,000 metres runner Andrew Butchart that he changed the date on a Covid-19 test result in order to return to Britain after an international event, though the Scot has since clarified his remarks.

In a now-deleted episode of The Sunday Plodcast, Butchart said there was a delay in getting his PCR test result back before his flight and he had changed the date on an old test as he prepared for check-in, The Times reported.

"Everybody has faked PCR tests, I'm sure, to try to go somewhere, because it's just so hard," Butchart, who has been named in Britain's team for Tokyo, was quoted as saying in the podcast.

UK Athletics said in a statement to the newspaper it was aware of the comments.

"We take very seriously any suggestion that an athlete has not followed these guidelines," it said. "As a result, this selection will stand subject to further investigation. No further comment will be made until this is concluded."

Butchart, 29, told The Times on Tuesday he had "perhaps glorified the situation for the podcast" and apologised to Team GB and Tokyo organisers.

"I never faked it, the test came through in time, but I’ve heard rumours of others faking tests," he said.

"The context of the podcast was about how hard it has been for athletes during the pandemic to travel and race.

"I used the example of athletes I know having to use previous PCR results to get through check-in but not immigration. To confirm, I have not done this but know of people who have."

The Tokyo Games, delayed last year because of the Covid-19 pandemic, will begin on July 23.