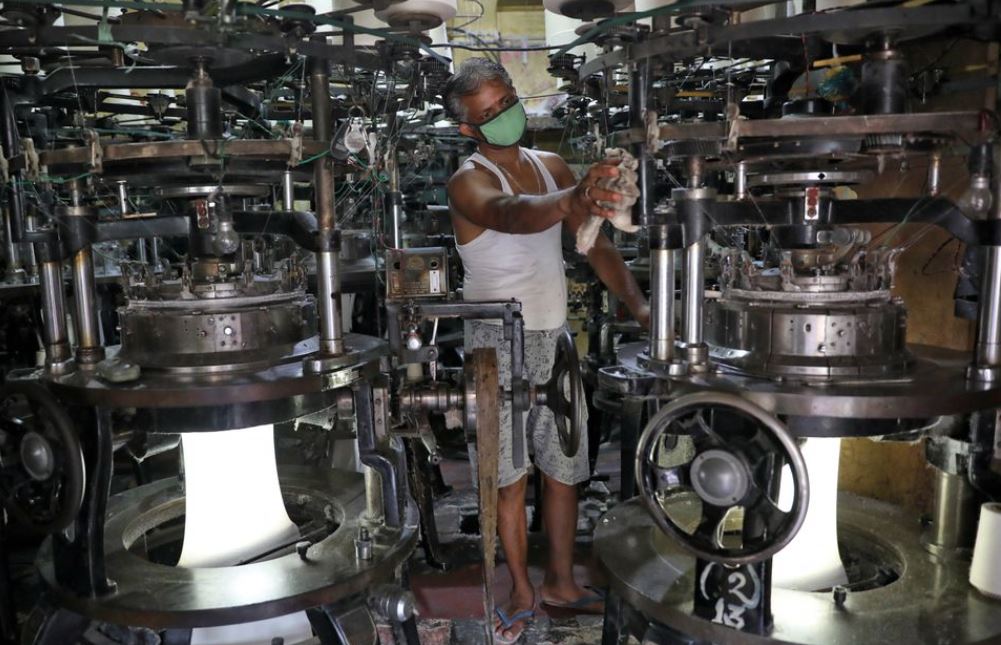 A worker wearing a protective face mask cleans a machine inside an undergarment factory after it was re-opened after a weeks-long shutdown to slow the spread of coronavirus disease (COVID-19), in Kolkata, April 20, 2020 via Reuters

Bogota: Colombia will launch plans in September to develop the production and use of hydrogen as a long-term clean energy source, the Minister of Mines and Energy said on Tuesday, while voicing hope this year's oil and gas auction will be successful.

The South American country will publish a road map to establish over the next 30 years the production, use, and export of hydrogen as a clean energy source for use in transport and industry, among other sectors, Diego Mesa told Reuters in an interview.

He said the plan will receive high investment - without providing specific details - and Colombia would offer incentives, including tax deductions, to encourage the participation of the private sector.

Colombia's position as the country with the sixth-greatest quantity of renewable water resources puts it in an ideal position to produce green hydrogen - which is made by splitting water - Mesa said, although it will also be able to produce blue hydrogen when natural gas is split into its component parts.

"Colombia has all the resources to be a regional and world leader for the production of hydrogen," Mesa said.

Investments in the nascent hydrogen sector are expected this year, with pilot projects for producing and using hydrogen due to begin in 2022, he added.

Production of oil and gas, and also coal, remain important for the Andean country's income.

While the sector was badly bruised by the impact of the coronavirus pandemic on global demand, Mesa said he was confident about Colombia's 2021 oil and gas auction - in which some 32 blocks will be offered.

The minister said a decision by Anglo-Swiss mining company Glencore Plc to buy out its partners Anglo American Plc and BHP at coal mine Cerrejon was a boon for Colombia's coal industry.

Though indigenous communities in La Guajira, where Cerrejon is located, have decried pollution, dust, noise, water use, and health problems caused by the mine, Mesa said Glencore's decision will guarantee jobs and investment.

"For La Guajira, for the Colombian coal sector, this is an endorsement of investor confidence that puts an end to uncertainty regarding the country's main thermal coal mine," he said.

In April, Colombia's national mining agency (ANM) said it had initially rejected a request by Prodeco to return two of its Colombian concessions.

"It's an issue that ... is going through the processes and we have to wait for the mining authority to make its pronouncement," Mesa said.