Stray cats are seen on a pedestrian street in the old city of Nicosia, Cyprus, April 15, 2020. (Image credit: Reuters)

NICOSIA: Every day at dawn, as Dinos Ayiomamitis' small truck slowly navigates the pathway of a cemetery, cats quietly emerge from among the surrounding tombstones.

"Here you go, Bourekka mou," he murmurs using a Cypriot term of endearment, as the animals circle his legs and wait for him to scoop food from the back of his pickup for them to eat. 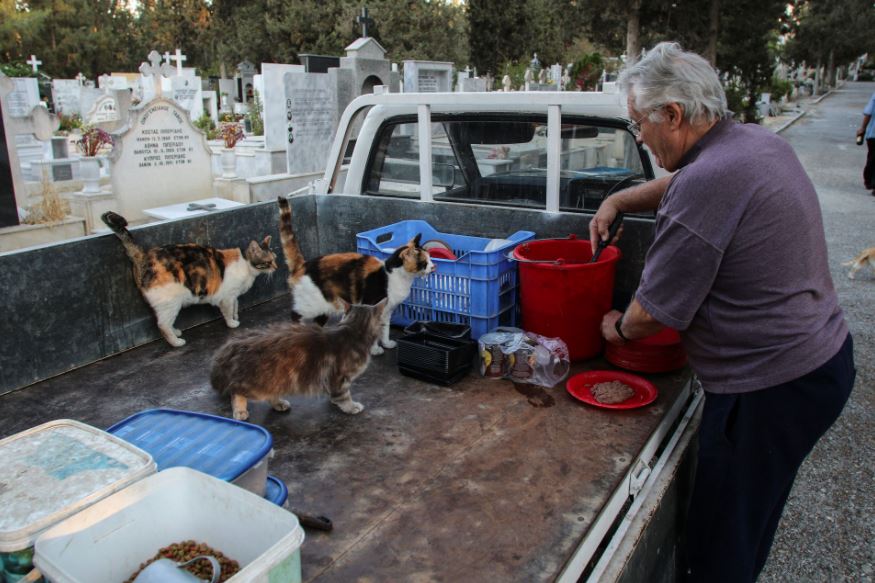 Ayiomamitis is one of a number of volunteers struggling to feed the thousands of stray cats on the Mediterranean island.

"There has been no official count, but based on our own assessment it's equal to the number of people, at least," said Ayiomamitis, who feeds up to 200 cats daily at various locations around Cyprus' capital Nicosia.

"We are looking at a feral cat population approaching a million, that's a rough estimate," said Ayiomamitis, chairman of the Cat PAWS society. 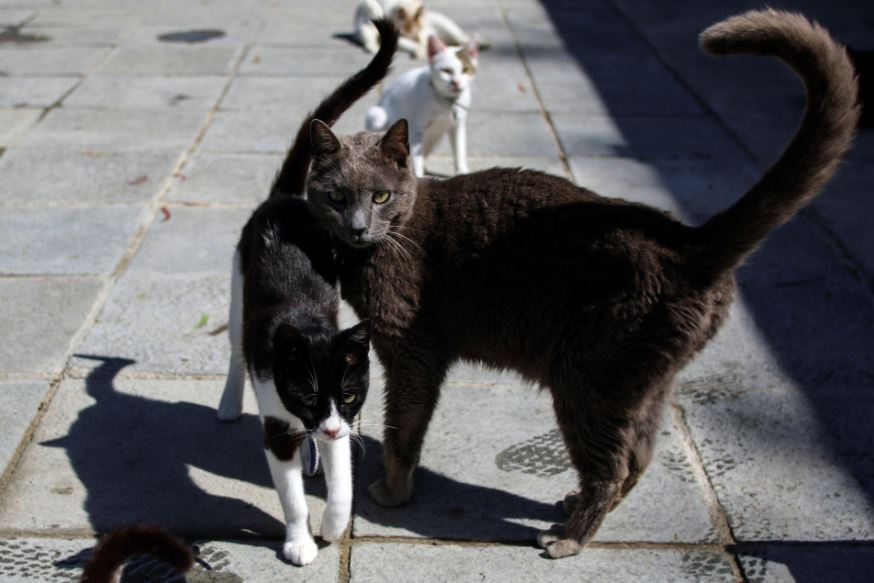 Cyprus' affiliation with cats goes back thousands of years. In 2004, French archaeologists reported what was described at the time as the earliest historical record of cat domestication, in a 9,500-year-old burial site.

In 400 AD, Helen of Constantinople was said to have sent boatloads of cats to the island to hunt venomous snakes.

At a cat sanctuary 80 km (65 miles) from the capital, volunteers find abandoned cats and their kittens dumped outside the fence virtually every day.

Malcolm's Cats, a sanctuary named after its founder Malcolm C.P. Stevenson, hosts around 200 cats. Here they are kept in a safe, clean environment with access to food and vets.

Around 100 are re-homed every year, but the number of arrivals easily outpaces departures. 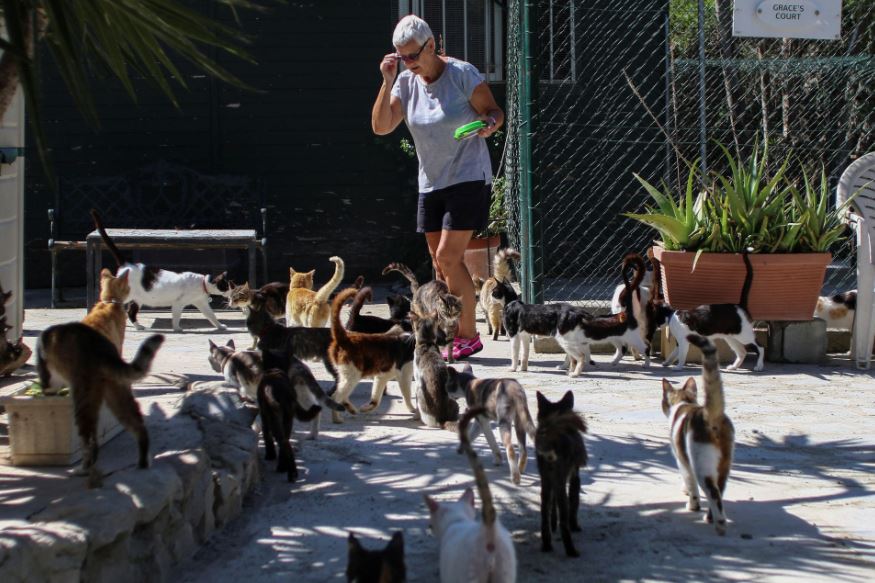 "A lot of unneutered, unsterilized cats, means a lot of kittens every year. People are constantly phoning us, dumping cats outside," said David Fender, operations manager and chairman of the Malcolm Cat Protection Society.

In recent years the state has set aside 75,000 euros annually for cat sterilizations. This year's programme started on June 1, but with a ballooning cat population both Fender and Ayiomamitis called it a drop in the ocean.

The Sanctuary is on the edge of a sprawling peninsula on the southern tip of Cyprus which itself has strong links to the animals. A monastery nearby is dedicated to 'St. Nicholas of the Cats' and was once said to have two bells; one to people call to prayer, and a second to call the cats.