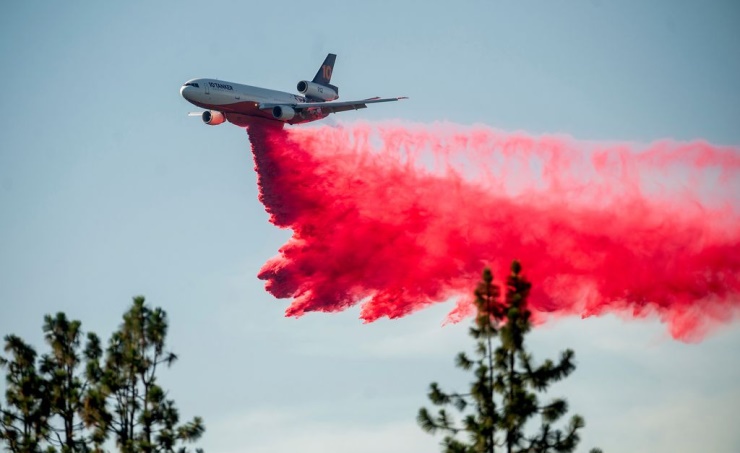 The extreme heat in western Canada has subsided, but a persistent drought and continued high temperatures are fuelling dozens of wildfires.

Some 136 fires were recorded in the province of British Columbia alone, Cliff Chapman of the Wildfire Service said on Friday, dpa reported.

Most of the forest fires were caused by lightning.

Temperatures have dropped since the record heat but are still above average, Chapman said.

The small town of Lytton, where a record temperature of 49.6 degrees Celsius was recorded earlier this week, was almost completely destroyed by a fast-moving fire, causing more than 1,000 people to flee.

The authorities believe that two people have died there, but it was still too dangerous to send investigators to the site, the coroner's office announced on Friday.

In British Columbia, the dangerous heat wave is thought to have contributed to hundreds of deaths.