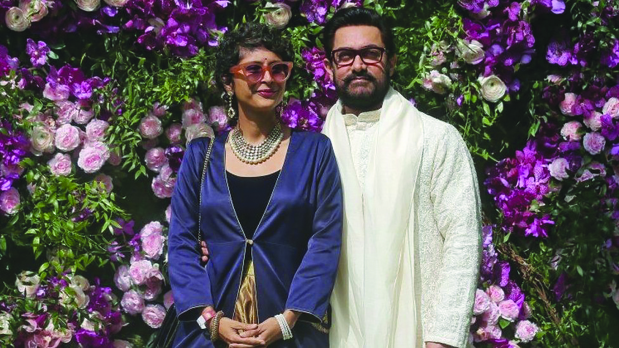 Bollywood superstar Aamir Khan and producer-director Kiran Rao have announced that they are separating after 15 years of marriage.

In a statement, they said they would raise their son together and still work on joint projects.

“In these 15 beautiful years together we have shared a lifetime of experiences, joy and laughter,” the statement said.

They said they wanted to “begin a new chapter in our lives – no longer as husband and wife, but as co-parents and family for each other”.

They added that their relationship had “only grown in trust, respect and love”.

During his career spanning nearly five decades, Khan has established himself as one of the most popular Bollywood actors, with a large following in India and abroad, especially in China.

In 2015, Khan, a Muslim, made headlines for saying there was a growing “intolerance” in India.

He drew criticism but Khan said that neither he nor Rao, a Hindu, had any intention of leaving the country.

Khan had previously been married to Reena Dutta, with whom he has two children.