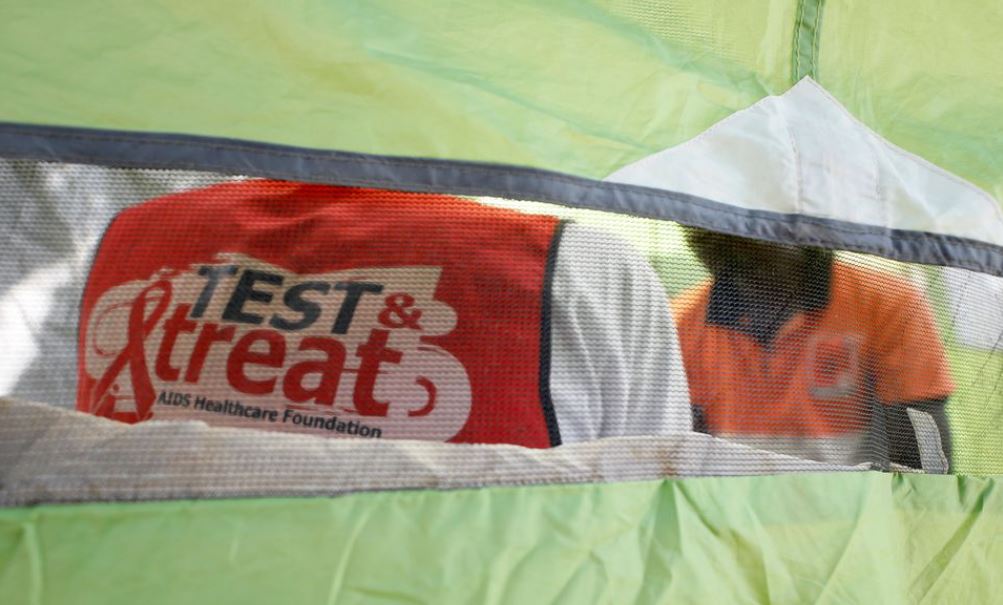 A health worker assists an internally displaced person inside a tent during an HIV/AIDS awareness campaign on the occasion of World AIDS Day at the Kuchingoro IDPs camp in Abuja, Nigeria, on December 1, 2018 via Reuters

Some 1.8 million children worldwide live with HIV, but only half receive any treatment, often hard to administer due to the bitter taste or incorrectly dosed by crushing adult pills. Some 100,000 children die of AIDS annually.

"With the recent delivery of the formulation in those 6 first countries, this project is now reality," Verhoosel, who is visiting the United Arab Emirates, said of the initiative first announced last December.

He said this procurement is designed to kickstart demand and that major donors have "rapidly moved to sustainable onward procurement, which will enable national scale-up and widespread access for all eligible children at an unprecedented pace".

The first-line HIV treatment is recommended by the World Health Organisation from the age of four weeks and 3 kilos (6.6 pounds), but it had been out of reach for babies because of the lack of appropriate formulations.

UNITAID and CHAI had reached a pricing agreement with the generic drugmakers Viatris and Macleods for the dispersible pediatric formulation of dolutegravir.

The estimated cost for combination therapy will now be some $120 for a child's annual treatment, against $480 currently, making it a "game-changer" for poorer countries, UNITAID said.