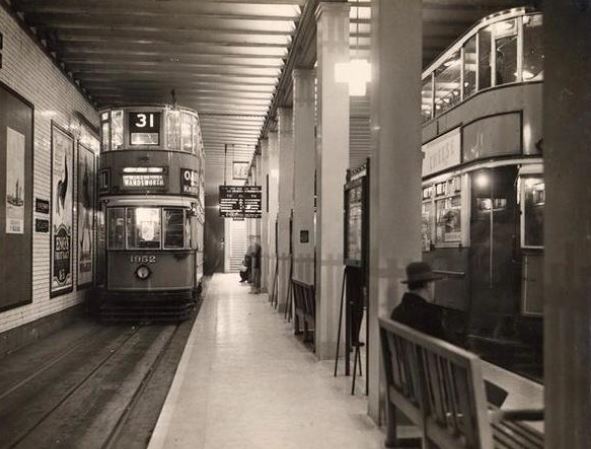 Kingston tram station in 1933, closed down in 1952 after WWII and used in the 1998 Avengers film, opens to the public after over 70 years. (Image credit: Reuters)

A hidden underground tram in central London has opened to the public for the first time since its closure 70 years ago.

Kingston station, which appeared in The Avengers film in 1998, once connected people between north and south of the Thames, before it was shut down after second world war in 1952 and replaced by the London underground.

Built in 1906, the station included a double-decker tram which was part of the electrified tram network at the time and had a reputation for a rickety ride across the city.

"There are glimpses of the old glamour that still shine through,” she said.

“They did a push to make it more glamorous and comfortable. There were saloon cars that were more expensive. They did try to spice it up a bit but there was a perception among Londoners that trams were not very good,” she added.

After its closure, some parts of the network were transformed into road tunnels, and others were used to store street signs and surplus bins.

Proposals have been placed to set up new tram networks, including on Oxford Street.

Other cities in the UK have taken up the transport system, including Edinburgh and Manchester.