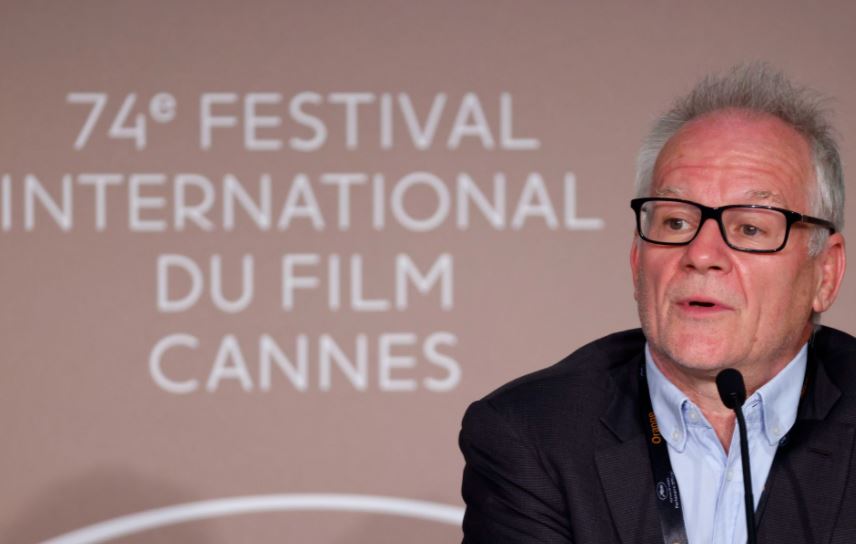 Cannes: The head of the Cannes Film Festival took a swipe at rival events on Monday, saying some had been too quick to allow movies made by streaming giants into their main competitions without applying strict rules, and had harmed cinema as a result.

Platforms like Netflix have thrived during the Covid-19 pandemic and picked up several top film awards, while studios and cinemas have struggled as coronavirus restrictions closed movie theatres and pushed more viewers online.

Cannes, the world's biggest cinema showcase which kicks off on the French Riviera on Tuesday, has long been at odds with streaming companies, insisting on a theatrical release in France for any film selected to compete for its top film award.

The festival's director Thierry Fremaux told journalists on Monday that organisers stood by the rules.

"2019 was a great year for cinema. Then 2020 was the most catastrophic year in the story of filmmaking," Fremaux told journalists.

He added that the crisis had helped platforms like Netflix score a "deserved victory", but left the rest of the cinema industry with little means of fighting back.

Netflix and rivals like Amazon have become a formidable force in the movie world, and now enlist top directors, including Martin Scorsese, to make films that have only limited runs in cinemas.

Unlike Cannes, some other film festivals, including Venice, have included films made by streaming giants in their main competition lineups without imposing such stringent demands.

Before the pandemic, "Roma", a Netflix film directed by Alfonso Cuaron, won the top award at the Venice Film Festival in 2018.

"Some festivals were first to open their doors a bit too freely, to people who we are not sure if they want cinema to survive," Fremaux said.

Cannes did show two Netflix films in its official competition in 2017, but tightened its rules after a backlash from French theatres. Fremaux said Netflix had been invited to this year's festival to screen films out of the competition, but had declined.