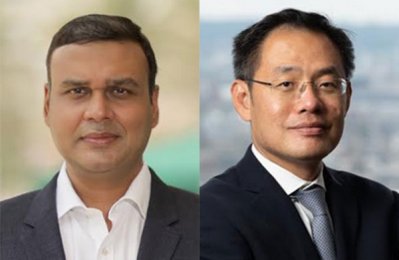 The Shangri-La Group, a top developer, owner and operator of hotel and investment properties, has made two key regional appointments covering the Middle East, India, Indian Ocean, Europe and the Americas (MEIA).

Kapil Aggarwal and Choon Wah Wong have both been promoted to Co-Heads of the MEIA region. Aggarwal will overlook operations in Turkey, the Middle East, India and the Indian Ocean, while Wong will take responsibility for Europe and the Americas.

Aggarwal, who has been working with Shangri-La for eight years now, originally joined in 2013 as director of asset management.

Commenting on his new position, Aggarwal who holds a law degree and an MBA in finance said: “I am looking forward to working with Choon Wah, my other colleagues in the region and our business partners, not only to optimise the operational and financial performance of our current properties, but to strategically grow our portfolio throughout the region. We are keen to develop new markets such as Saudi Arabia, which we will enter later on in the year with the opening of the stunning Shangri-La Jeddah.”

Choon Wah Wong joined Shangri-La in 2018, having spent the majority of the previous 18 years in the private equity real estate investment sector. Wong, who has an engineering degree from the University of Cambridge, has held senior roles with APG Asset Management, Partners Group and Standard Life Investments (Singapore), before eventually relocating to Shangri-La’s regional office in London.

“This is a pivotal moment not just for Shangri-La, but the rest of the hotel industry as well. Many governments especially in the developed world are gradually beginning to relax social as well as domestic and international travel restrictions,” said Wong.

“These are such positive signs, especially after enduring the initial lockdown and then the disappointment of numerous false dawns over the past 14-15 months. It is heart-warming to see some of our hotels in key cities getting back to normal, welcoming guests once again!” said Wong. – TradeArabia News Service