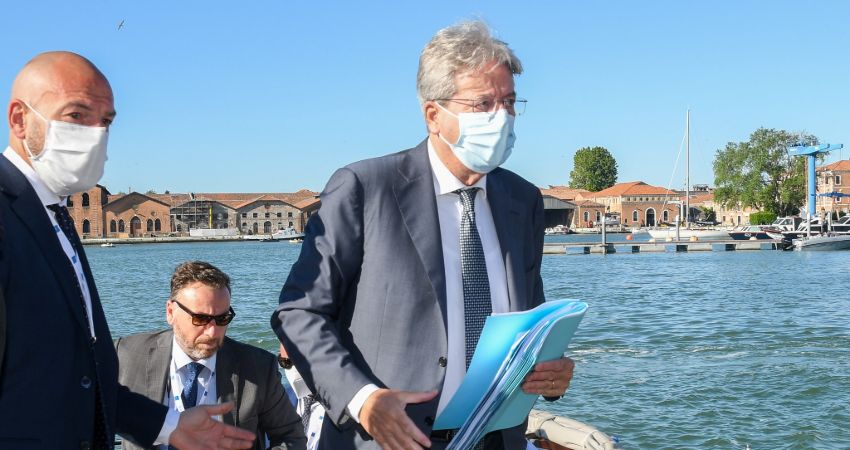 VENICE - The priority in corporate tax reform is to go ahead with a global G20 deal, European Economics Commissioner Paolo Gentiloni said on Saturday when asked about whether European Union's digital services levy plan may be postponed.

The remark followed intense pressure on the EU executive commission from the U.S. administration to drop the EU's plan for its separate levy, while some European officials also questioned its value.

"We will assess everything, but the key issue from my point of view is that what we decided today is the number 1 priority," he told reporters after a meeting of G20 finance ministers in Venice endorsed a global agreement on corporate tax backed by 132 countries.

Gentiloni was asked whether the EU was considering to postpone until after October its proposal on a new European levy on digital services, which has so far been expected later in July.

He added that G20 countries had agreed to coordinate on national measures keeping the global tax deal as the main objective.

The U.S. administration is wary of the EU's initiative as it wants existing national digital service tax to be repealed as part of the global overhaul of cross-border corporate taxation under a long-sought deal taking shape at the Organisation for Economic Cooperation and Development (OECD).

"The Commission is going to have to figure this one out," another European official said.

U.S. Treasury officials say that the proposed EU digital levy is not consistent with the commitments made by the EU to end digital levies in the OECD tax deal, even if the levy is largely aimed at European firms.

Washington has fought existing national digital services taxes, viewing them as unfairly targeting Silicon Valley firms, and it is loathe to see a new levy that could fire up Republican critics in Congress as it seeks to pass a domestic tax reform.

"We're very hopeful... that the pillar one deal that will involve a reallocation of taxing rights (in the OECD agreement) over large profitable firms wherever they're located, will enable us to get rid of existing digital levies," U.S. Treasury Secretary Janet Yellen told journalists in Venice.

Yellen is due to meet with European Commission President Ursula von der Leyen on Monday and one source close to the EU said it was a priority for her to derail the new digital levy.

Eager to appease the U.S. administration, Brussels had so far insisted that its new levy would have a much wider base than existing digital taxes, primarily hitting European firms.

Officials have said that the levy could be applied on companies' online sales of over 50 million euros, which could bring a wide range of mid-sized European firms into scope.

Rates that have been under consideration at the Commission would be less than 1%, officials said.

By comparison, France's national digital services tax, which Paris has pledged to scrap once the global deal takes effect, only hits companies with global revenue of more than 750 million euros in global revenue and applies a rate of 3%.