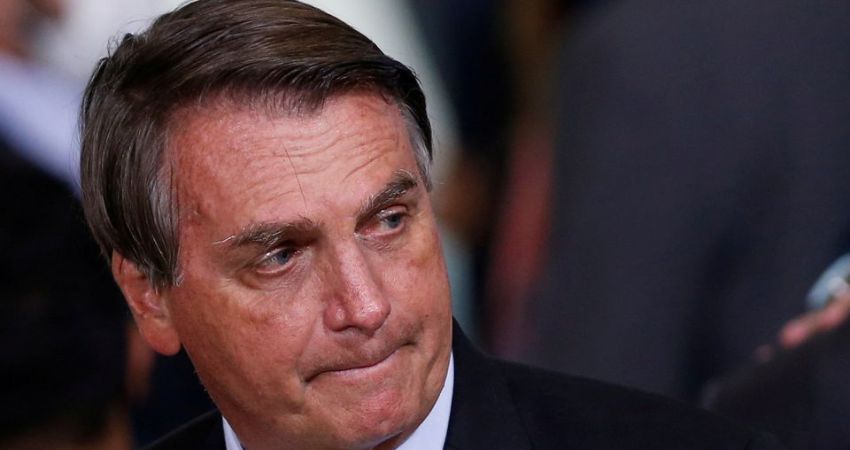 Brazil's President Jair Bolsonaro looks on during a ceremony at the Planalto Palace in Brasilia, Brazil, June 29, 2021. (Reuters Photo)

BRASILIA - At the request of the Supreme Court, Brazil's federal police has formally opened a probe into President Jair Bolsonaro related to alleged irregularities in the purchase of an Indian vaccine and could now question him, a source with knowledge of the matter said on Monday.

The president has been caught up in allegations of irregularities surrounding the 1.6 billion reais ($316 million) contract signed in February for 20 million doses with a Brazilian intermediary for the vaccine’s maker, Bharat Biotech.

A Brazilian Senate commission investigating the administration's handling of the pandemic has cited suspicions of overpricing and corruption related to the contract. Some senators have alleged that Bolsonaro did not immediately look into allegations of wrongdoing when he was alerted.

After the reports of irregularities became public, the government suspended the contract.

The scandal has hurt Bolsonaro's standing in the polls. Many are upset over his handling of the world's second deadliest coronavirus outbreak, the vaccine corruption allegations and rising prices for fuel, power and food.

Brazilian federal prosecutors and the comptroller general's office, or CGU, are also separately investigating the alleged irregularities in the deal.

Bolsonaro has denied any wrongdoing.