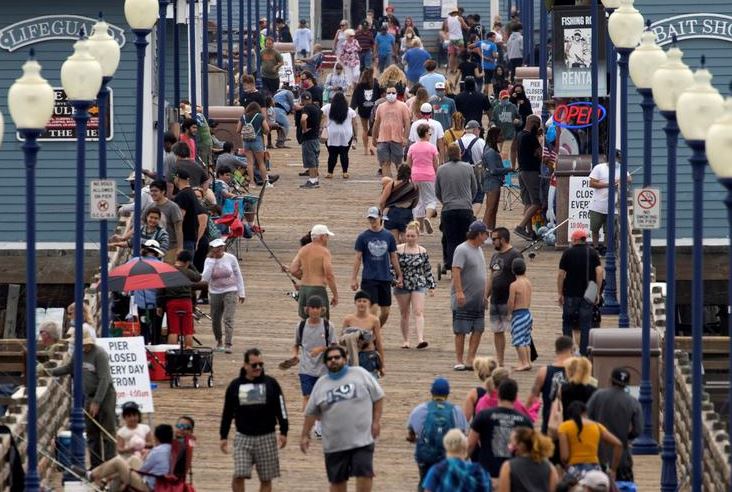 California has agreed to pay reparations to those who were forcibly sterilised under old laws aimed at people deemed unfit to have children.

The legislation, years in the making, will compensate survivors of state-sponsored sterilisation that took place under so-called eugenics laws in effect between 1909 and 1979. The $7.5 million fund will also cover survivors of forced sterilisation performed in prisons after 1979.

The Forced or Involuntary Sterilisation Compensation Programme was assured as part of a massive state budget deal signed by California Governor Gavin Newsom on Monday night.

Eugenics is a now-discredited practise designed to stop people diagnosed with mental deficiencies from reproducing. Often labelled as "mental deficient" and "feebleminded," those targeted for sterilisation were disproportionately members of racial and ethnic minorities, especially Latinos in California, according to the bill.

"This is very much about acknowledging that there were wrongs committed by the state intentionally, against certain groups of people that were deemed unfit to reproduce or to be members of California society," said Laura Jimenez, director of California Latinas for Reproductive Justice, which worked five years for the legislation.

Supporters of the programme say it received a political boost from recent news headlines.

A whistleblower last year called attention to abnormally high rates of hysterectomies at immigration detention facilities. And pop star Britney Spears is trying to end a conservatorship that has forced her to use an intrauterine device to prevent her from becoming pregnant.

"It's really about talking about what reproductive oppression looks like," said Jimenez, adding that the whistleblower complaint in particular fuelled support for the bill, which was sponsored by Assemblymember Wendy Carrillo, a Democrat from Los Angeles.

Nazi Germany's eugenics programme was inspired in part by what was happening in California, historians say.

Of the 20,000 people forcibly sterilised by California during the last century, an estimated 350 victims may be alive, according to backers of the programme, who hope to provide around $25,000 to each of those they can locate. The California Victim Compensation Board is responsible for reaching out to victims.

Rectifying the past injustice has been an issue in California at least since 2003, when former California Governor Grey Davis apologised for California's eugenic sterilisation programme. California now joins Virginia and North Carolina as the third state to offer such reparations.

Jimenez said her group has advocated for legislation for five years and in three prior legislative sessions the bill died when funding was denied.