A hand of a Gaza woman is seen through a glass door of a washing machine that has been used as a window of a makeshift office at an environment-friendly beachfront cafe in Gaza July 8, 2021. (Image credit: Reuters)

A Palestinian riding on a camel on the beach is seen from inside an environment-friendly beachfront cafe in Gaza July 8, 2021. (Image credit: Reuters)

An environment-friendly beachfront cafe built of tonnes of solid waste is seen from the beach in Gaza July 8, 2021. (Image credit: Reuters)

Palestinians sail a boat during the sunset in the Mediterranean sea off the coast of Gaza July 8, 2021. Picture taken July 8, 2021. (Image credit: Reuters)

GAZA: As a model of creative recycling in one of the most densely populated places on earth, a Gaza Strip cafe is serving up a healthy dose of environmentalism alongside its signature morning coffee.

The beachside venue is part of the "Sea is Ours" co-operative, a complex built of reused wooden poles, plastic jugs, tyres and broken bricks by local playwright Ali Mhana and a group of friends.

"My mother wanted me to become a physician," said Mhana, whose office there features a door off a refrigerator and windows that used to be washing machine doors. 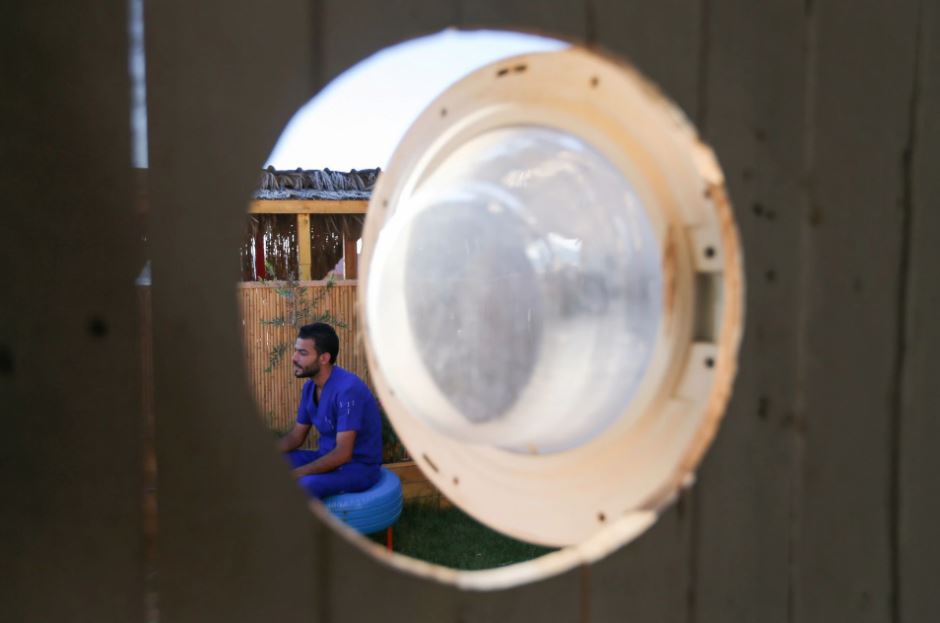 Palestinian artist, Ali Mhana, is seen through a glass door of a washing machine that he used as a window of a his makeshift office at an environment-friendly beachfront cafe in Gaza July 8, 2021. (Image credit: Reuters)

Dressed in a blue uniform, Mhana aims to ease at least some of those conditions through activities at a site that also houses a library, theatre and open event spaces where young and old can learn about conserving the environment.

"Jeans became plant vessels and a fan became a light decoration," said mother-of-four Haneen Assamak after learning how things she used to throw out can be reused.

"We planted in empty jars, and the bottles were filled with sand and lights," said Assamak, who now has a corner at home where she collects objects to be brought to Mhana for recycling.

"To me, this is happiness," she told Reuters, sitting on a colourful chair made of car tyres. 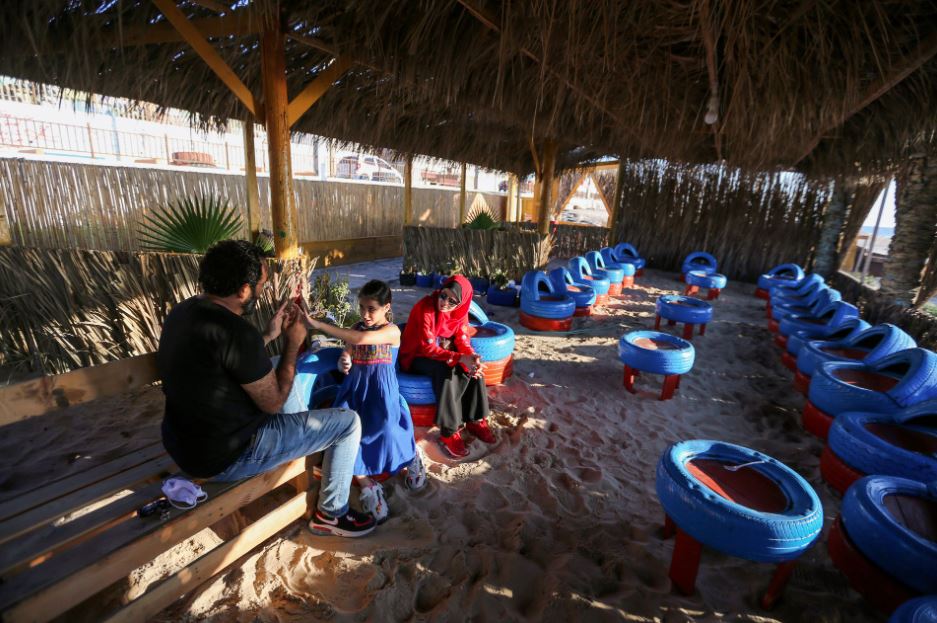 Palestinian beachgoers sit on chairs that have been made of car tires at an environment-friendly beachfront cafe in Gaza July 8, 2021. (Image credit: Reuters)

Mhana said children visiting the site, which was provided by the Gaza municipality, instinctively understood the need to protect the environment.

"The recipe comes from them. When I ask what we can do to treat the sea, they say we can have a cleaning campaign, hold signs and go down and talk to people," he told Reuters.

A well as bringing in other material for recycling in lieu of payment, customers seeking to rent an open space for an event can also volunteer an hour of their time to help pick up litter at the beach.

A Gaza Environment Quality Authority official said 2,000 tonnes of solid waste is collected in the Gaza Strip every day. Over half of it comes from homes, and thousands of Palestinians earn money selling material to recycling factories.