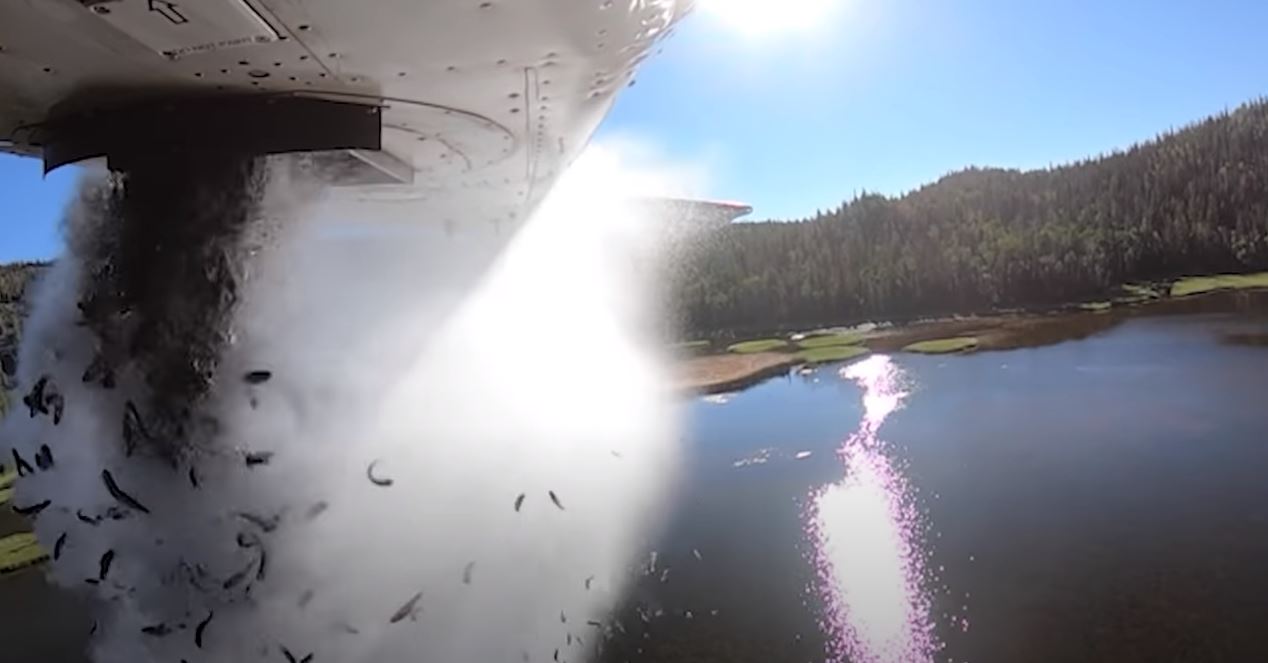 A snapshot of the plane dropping the fish into a lake in Utah. (Image credit: Utah Division of Wildlife Resources, YouTube)

The Utah Division of Wildlife Resources has released a video detailing their annual aerial drop of flying fish in an attempt to restock the species in lakes around the state.

They are dropped into lakes void of fish and are often sterile. This helps manage the fish populations.

Apparently, this happens all over the US, and goes back to a tradition practiced in the 1950s and prior.

The agency back then used to load fish into milk cans and take them to lakes by riding a horse.

Using a plane is a much "less stressful" task, according to the division.

The planes hold hundreds of pounds of water and fly just above the tree line to get as close as possible to the lake before lifting the hatch on its rear and releasing the fish.

"Because the fish are small and released along with water, they easily survive their aerial drop without injury."