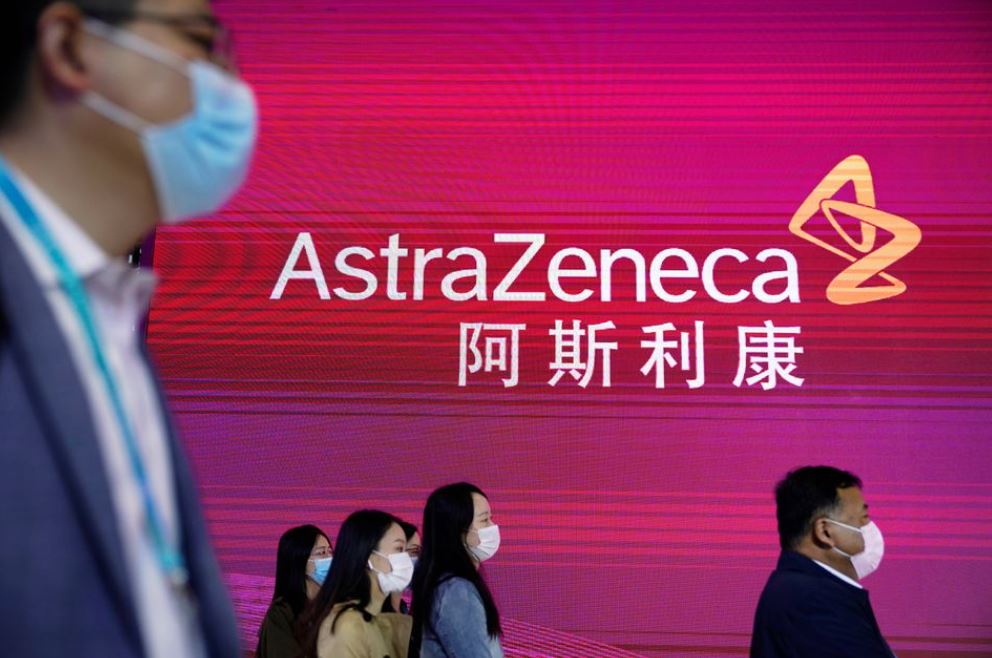 An AstraZeneca sign is seen at the third China International Import Expo (CIIE) in Shanghai, China November 6, 2020 via Reuters

China has approved AstraZeneca drug, Imfinzi, to treat an aggressive type of lung cancer in adults, the group said on Monday, in a boost to its efforts to tackle the disease.

The drug's use with chemotherapy for adult patients with extensive-stage small-cell lung cancer (SCLC) was approved by China's National Medical Products Administration, the Anglo-Swedish drugmaker said.

SCLC is an aggressive form of lung cancer that typically recurs and advances despite response to chemotherapy. Only about 3% of those with the extensive-stage disease live beyond five years after diagnosis.

China's approval came after positive results from a late-stage trial, which showed that the drug, when used with chemotherapy, helped improve patients' overall survival compared to chemotherapy alone. Results from a local trial also aligned with global results, AstraZeneca said.

The drugmaker is also seeking to catch up with Swiss rival Roche, whose Tecentriq is approved in China and many other countries for extensive-stage SCLC.

AstraZeneca's lung cancer portfolio includes a range of medicines including Imfinzi, which was approved in the United States and the European Union last year for extensive-stage SCLC.

Imfinzi, which enables the immune system to detect and attack certain cancer cells, is already approved in many countries as a treatment for the more common non-small cell lung cancer.

Lung cancer accounts for roughly a fifth of all deaths from cancer and is the leading cause of cancer deaths among both men and women.