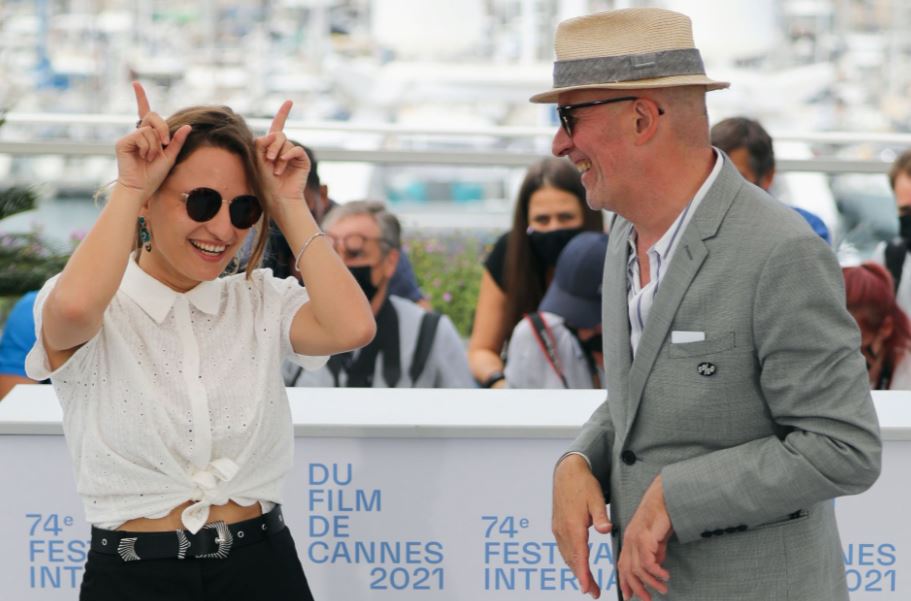 He trains his lens instead on the brutalist apartment towers of the 13th arrondissement, known as the Chinatown of Paris, where he once lived.

With characters inspired by the graphic novels of American artist Adrian Tomine, Audiard sketches young, educated but disillusioned people trying to find their path, and he consciously avoids film clichés of the rich-poor divide in France.

"I wanted to talk about the middle class, people who have university degrees and have somewhat obtained a level of success, but don't really have anything going for them," Audiard told Reuters on Thursday, a day after his film premiered in Cannes.

"Paris 13th district" is one of 24 films in competition for the Palme d'Or at the 74th Cannes festival.

Filming during the COVID-19 lockdown helped first-time actress Lucie Zhang get into her character Emilie, a young woman struggling to hold a job and not fall in love with her one-time flatmate.

"During the pandemic, we're a lot more alone, and closed and isolated. So maybe that can bring this type of emotion in the characters, unconsciously," Zhang said.

Audiard, who won the Palme d'Or in 2015 with "Dheepan", a film about Tamil refugees in France, said it was troubling that some French films lack multi-racial representation.

In "Paris 13th district", two of the main characters - Camille and Emilie - are from immigrant families.

"In (Francois) Truffaut's films, you could see a real estate agent too, or a lover that passes out, but there is no Black person, no Chinese person," Audiard told journalists.

Audiard is the director of critically-acclaimed films including "The Sisters Brothers", "A Prophet" and "Rust and Bone".