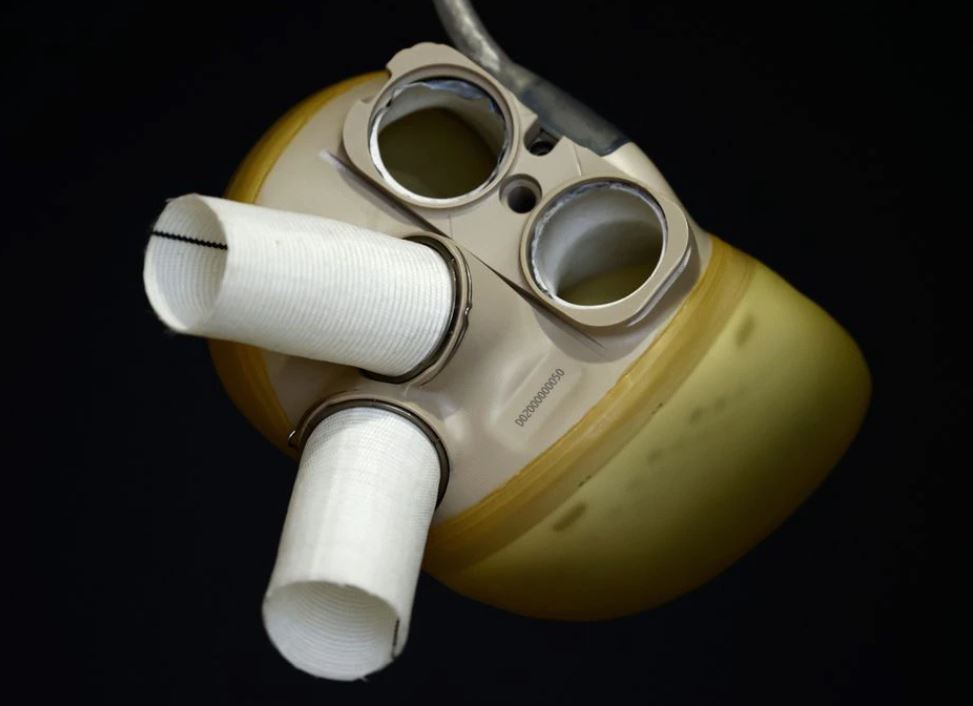 An artificial heart by French manufacturer Carmat is seen during an interview with Reuters in Velizy, near Paris, January 11, 2021 via Reuters

Last week, CARMAT had announced the first human implant of its Aeson bioprosthetic artificial heart in the United States.