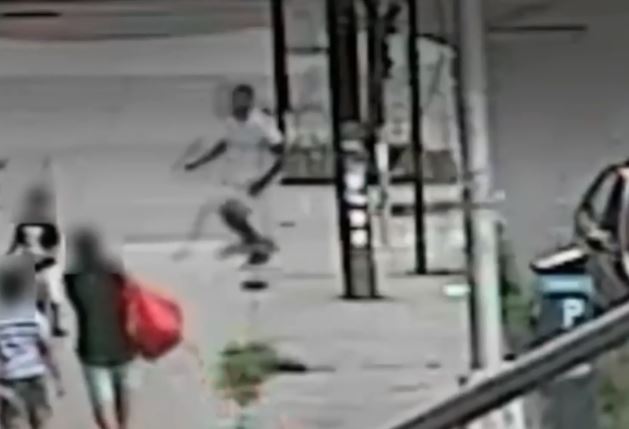 The man rushing towards the child in an attempt to kidnap him in Queens, New York, US. (Image credit: @BBCWorld, Twitter)

A mother saves her son after a man attempted to kidnap the child out on broad daylight in New York.

The man is seen running towards the child and picking him up to take him into his car.

She finally manages to pull him through the car window.

"The people coming because I'm screaming and screaming, and the people come and they help me, one lady come and called the police."

The man was later arrested and charged with attempted kidnapping.

The moment a New York mum saves her five-year-old son from being kidnapped https://t.co/fgcAc2Jhfe pic.twitter.com/SkL0FBVfJj